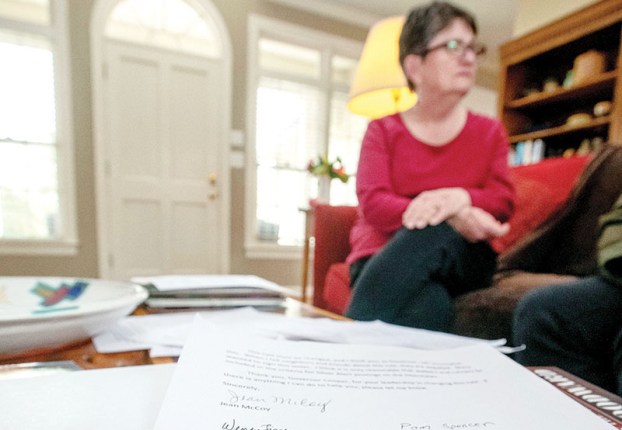 The news last week confirmed what we feared: Rick Travis died after going on a run Monday, February 11, 2019, from his home in Spencer.

Travis’ remains were discovered by a hunter in an area off of Long Ferry Road — roughly the area where he was last seen. Confirmation came Friday through dental records sent to the state medical examiner.

On a wet day with a low just above freezing and a high in the mid 40s, Travis, 66, went running in loose, black pants that were cut off at the calf, a silver rain jacket, black gloves and dark running shoes. Temperatures dropped below freezing just a few days later.

No official cause of death has been released.

Travis came to Salisbury in 1994 when he was hired as director of the Rowan County Department of Social Services. Prior to that he had worked in the same position in Davidson and Hoke counties. He completed his undergraduate education at Davidson College and received a master’s degree from the University of North Carolina at Chapel Hill. After a rocky tenure in Rowan County, he accepted a job at Davidson County Community college as director of career services.

The only immediate lesson for the public after confirmation of Travis’ death is that it’s critical to “say something if you see something” because that well-known phrase shouldn’t just apply the case of a threat.

If the hunter police say found the remains hadn’t stumbled upon them, the Spencer community would be without much-needed closure. As Travis’ widow Jean McCoy told the Post on Thursday before confirmation came, “knowing is better than not knowing.”

Spencer and all of Rowan County also must also give their collective thanks to the many volunteers and emergency personnel who conducted an exhaustive search after Travis’ disappearance. More than 200 people from 40-plus agencies participated in the search efforts.

Emergency Services Chief Chris Soliz said in February that volunteers search woods, ponds, buildings and went door to door. They search by air, with drones, in nearby waterways and on the ground.

The many people who also helped McCoy make a change to notification rules for missing persons — from those who offered their signature to state officials — also deserve the community’s collective thanks.

Quotes of the week: ‘We’re the best midsize library’

“We are the best midsize library, and we’ve had so much support, tremendous community support, a strong Friends group and... read more