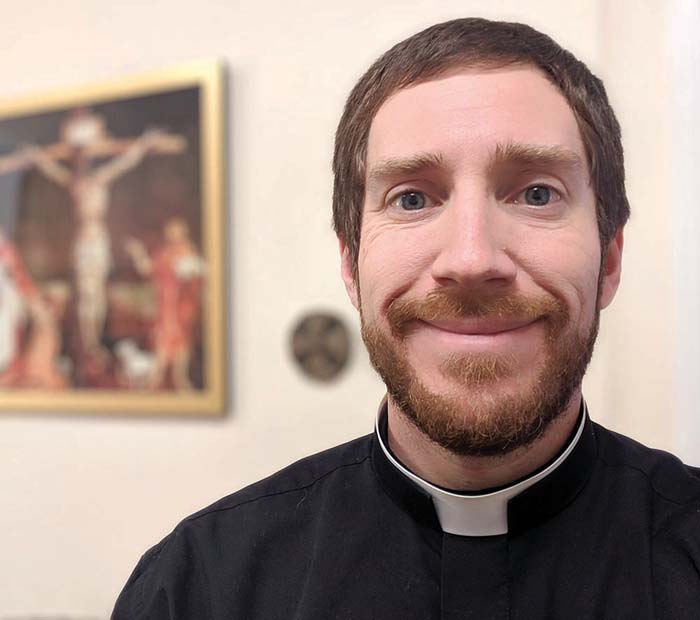 SALISBURY — The Rev. Robert Black, rector of St. Luke’s Episcopal Church for more than five years, is one of the Salisbury Post’s “10 to Watch” in 2020.

In 2019, St. Luke’s began a series of discussions on “Becoming the Beloved Community.” It is a churchwide effort on racial reconciliation. The third session is coming up Jan. 19 at the church’s Parish Hall, 131 W. Council St. Dr. Gary Freeze of Catawba College will discuss the parish’s story of slavery and race.

After the third event, Black and those who participated will take a step back and assess the impact of the Beloved Community sessions.

“We need to determine what we need to do more about and what we have learned,” Black said.

Black said he wants to make known that Elizabeth Duncan Koontz, a national figure in the education, civil rights and women’s movement from Salisbury, was a member of the church.

Being part of a Beloved Community, Black says, is “knowing that God loves you and we are called to share that love.” He thinks that’s particularly important with the upcoming 2020 elections.

“We’re already seeing how bitter and divided people are … having a church community where people with different opinions can come together, sing songs together, kneel at the altar rail together. All the churches in Salisbury should realize they are part of the Beloved Community,” he said.

Black sees so many people, especially young people, who are adrift, looking for meaning and purpose.

“The church used to fill that. … A lot of people are turning away, the church was not telling the story well,” he said. “Part of the church’s task in the new decade is to be a place where the answers can be found, and that’s why the beloved community works and what it is so much need.”

Who would play you in a movie? “I don’t really know, but people tell me I look like Paul Simon.”

What would you want for your last meal? “I think it would not be what I have, but who I want there, my family and friends.”

Who is a person you will watch in 2020? “Gemale Black. He is someone who is making some waves in the community.”

What would you say is the biggest challenge for the faith community? Everyone needs to know the story. “There are so many people who are not plugged into a faith community.” The real challenge, he says, is with a declining affiliation, there is declined giving, and place like St. Luke’s in a historic building have to do a lot to maintain the property. But more importantly, “How do we translate that story (of love) to engage people so they can see where they fit in? It gives what Jesus call abundant life. We need to translate that.”

What is your biggest hope for 2020? “To find new and innovate ways to translate the story; to spread the Beloved Community, to spread community. A lot of other things are happening. Others have planted seeds. I’m hoping to see the harvest of it.”

What is your reaction to being named to the list? “At first, shock, then a great honor. It’s very humbling. It tells me the Beloved Community is working. It’s an affirmation of the spirit’s work …. it’s a sign that this work we’ve been given to do is good.”