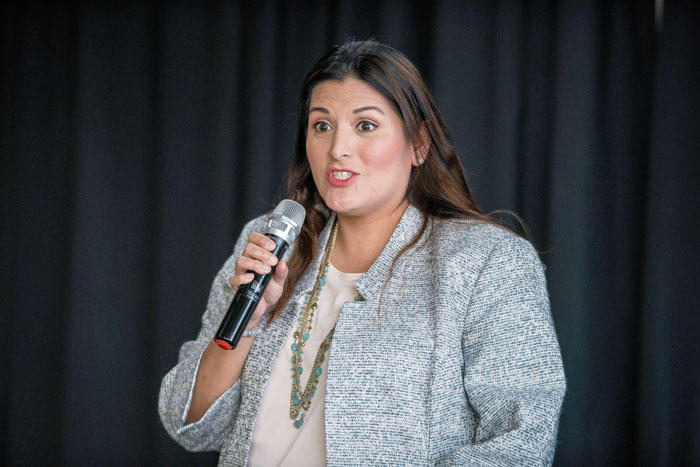 SALISBURY — Giannina Monzon seemed to burst on the scene in Salisbury in 2019, and it’s her promise for more community and political involvement to come that lands her on this year’s “10 to Watch” list.

Monzon, a native of Peru who has been a U.S. citizen for 10 years, announced her intentions to run for Salisbury City Council at last year’s GOP Lincoln Day dinner and she hasn’t looked back since.

In a nine-person field, Monzon finished ninth in the November voting totals, but the 38-year-old mother of two still made an impression, especially with local and state Republicans. Heading into the important general election year, Monzon is serving as coalition chairperson of Latinos for Dan Forest. Forest, the lieutenant governor, is running a Republican campaign for governor.

Monzon, who was not available for an interview, lists herself as president and founder of Eagle Integrity Solutions, an online description for which says “has a higher calling to meet the demands of your business needs, help you save operational costs and maximize your profit margins.”

The company specializes in “purchasing, procuring and fulfilling materials and supplies at the most competitive prices,” according to Monzon’s promotion materials.

Monzon was senior executive assistant to the vice president chief operating officer at High Point Regional Health from April 2018-May 2019, and for six years prior to that she worked in Coral Gables, Florida, as a project specialist for Baptist Health of South Florida Center for Performance Excellence.

Monzon is a board member of Pray Ecclesia and also participates with Pray Rowan.

During the council campaign in 2019, Mozon said Salisbury’s small-town feeling drew her family to Salisbury and a desire to serve.

Monzon and her husband, Jorge, have two boys, Christian and Lorenzo.