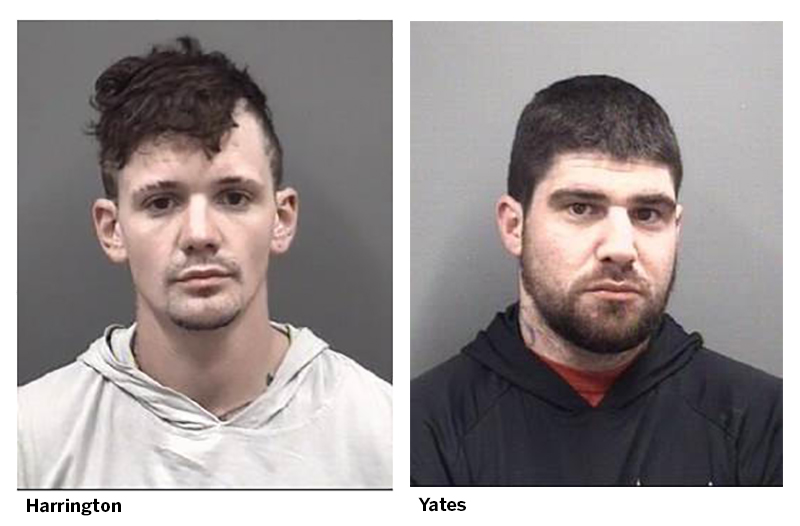 SALISBURY — A China Grove man out on bond for charges connected to a 2018 murder and wanted for a November robbery was arrested Saturday after running from sheriff’s deputies.

Cory Harrington, 26, was jailed Saturday for charges of common law robbery, simple assault, possession of a stolen vehicle, possession of drug paraphernalia and failure to appear, according to jail records.

He complained of a neck injury once in custody from running into a tree in the woods, a news release said. He was transported to Novant Health Rowan Medical Center for treatment before being transported to the Rowan County Jail, where he was being held Saturday under a $25,000 secured bond.

Harrington was charged in December by the Sheriff’s Office in connection with a robbery and carjacking that occurred on Courtney Lane. During the robbery, the victim attempted to sell home theater equipment to two men, one of whom is alleged to be Harrington. Two men, including Harrington, allegedly took control of the seller’s vehicle and drove away. The vehicle without the theater equipment was later recovered in High Rock Lake.

Meanwhile in 2018, Harrington was one of two men charged with using a debit card stolen from a woman who had been found dead one month earlier.

A news release said, Daniel Yates, 28, was the passenger of the vehicle driven by Harrington on Saturday. Yates was charged with possession of a stolen vehicle, carrying a concealing weapon and possession of drug paraphernalia. He was in jail Saturday under a $10,000 bond.