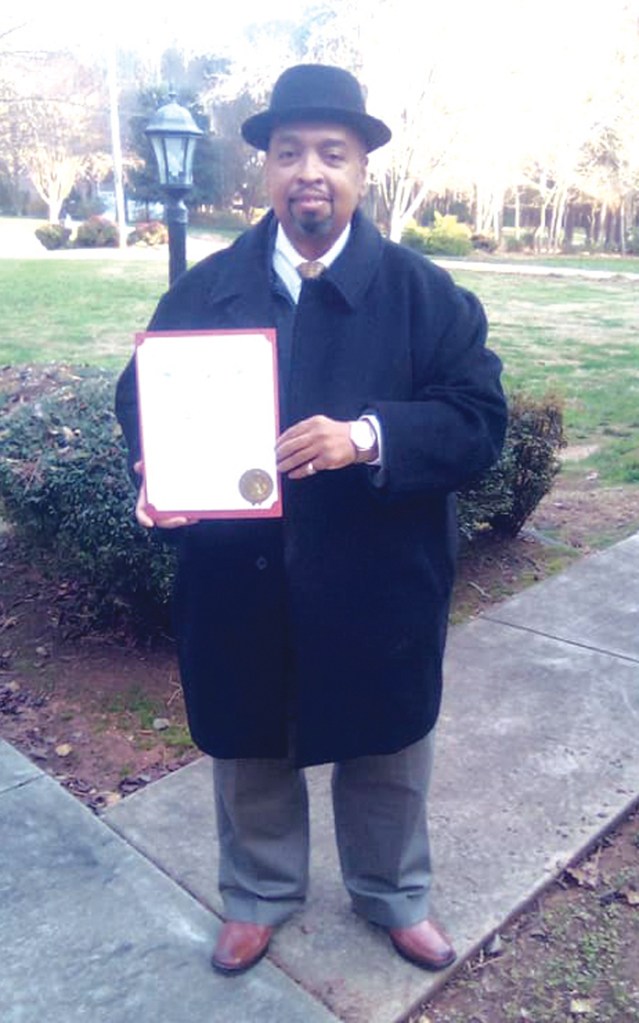 James Erick Alsbrook was issued the Order of the Long Leaf Pine Award on Dec. 3, 2019.

James Erick Alsbrook was issued the Order of the Long Leaf Pine Award on Dec. 3, 2019, presented by Warden Ken Beaver during a ceremony at Piedmont Correctional Institute.
The prestigious honor is the highest civilian or service award conferred by the governor in the state of North Carolina.

Officer Alsbrook served with the North Carolina Department of Public Safety at Piedmont Correctional Institute for three decades. He consistently went beyond duties as a mentor for new officers. Through his guidance, he implemented effective strategies and shared best practices to promote professional growth.

His combination of high ethical standards and vast experience enabled him to be an excellent role model to junior officers. He is highly respected by those with whom he comes in contact.
He was always willing to assist fellow coworkers by selflessly volunteering. When a neighboring institution, Lanesboro Correctional Institution, needed additional staff, he agreed to serve on his off days to pull double duty.

In addition to his public safety career. Officer Alsbrook is a Gulf War Veteran. He honorably served in the United States Army during 1985-1993.
He has been a recipient of several military honors: Bronze Star Recipient. He assisted with dangerous missions with refueling vehicles and machines. Additionally, he has been a recipient of the Meritorious Unit Accommodation, Army Service and Oversees Service Ribbons.

He has been a substitute teacher with Rowan Salisbury Schools, maintaining exemplary standards since 2017.
He is a Mentor with Boys and Girls Club and Caldwell Youth Program mentoring at-risk males with career and goal setting strategies. He has maintained a license as a foster parent since 2005.