RSS about to begin its second semester with district-wide ‘renewal’ 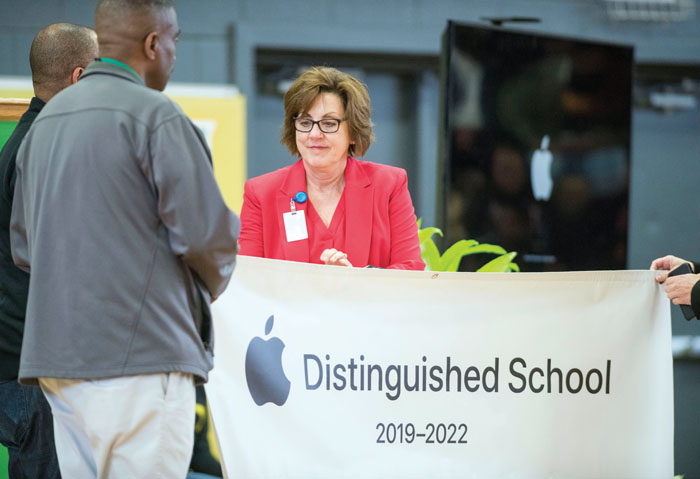 SALISBURY – Rowan-Salisbury Schools is about to enter its second semester in which all schools in the district have renewal flexibility, and Superintendent Lynn Moody said local educators have been learning a lot.

The district has changed what public education looks like, and in doing so, has seen the need for a new accountability model to measure success. That model is scheduled to be launched this semester with a state of the district speech by Moody.

Moody said the existing model is mostly based on scores from standardized testing. Tests are the standard measure of success for the other 114 districts in the state, but Moody said RSS is trying to do something different by redefining the education students are receiving to be more learner-centered and focused on producing creative thinkers and people who work in teams.

“It’s going to take us a while to figure out how we’ll be able to tell you we’re successful, because we have to find ways to be able to measure what we’re defining, and that’s just going to take some time,” Moody said.

A framework for a new model was approved at the end of October, and Moody said the district will still be “putting meat on the bone,” for most of the next year.

The state hired N.C. State’s William and Ida Friday Institute for Educational Innovation to evaluate the district for success for the next couple of years, with a plan to pay $300,000 for evaluations. However, because the state failed to pass a budget in 2019, that funding is on hold.

Moody said that evaluation is “completely shut down” at this point.

That project being on hold does not stop RSS from continuing to work on its own accountability model designed for the community, and it hopes to catch up quickly when funding for the evaluation for the state goes through.

The district wants to account for the academic skills, the unique life goals of students and interpersonal skills which are the centerpieces of its directional system so it can tell the community how students are performing in those areas school-by-school.

There is no start date at this point, but RSS is planning on some kind of rollout in the early months of this year to update the community on how renewal has gone so far.

Schools began working on individual renewal plans before a district-wide direction system was created. In hindsight, Moody said, the directional system probably should have been created before the renewal plans. Though, some schools are still working on their individual plans.

“I clearly underestimated the amount of time and money it would take to move the transformation forward,” Moody added, making special note of all the old systems created for standardized testing that have to be reworked.

Moody said the research and development process, which will take place for the next couple of years, will be a challenge, and that a great deal of time will be spent looking for grants and funding for the projects. Once the switch is made, the cost will be neutral.

“I think that we, overall, feel honored and are excited about, and very privileged to have this opportunity to do the work we think is important for students,” Moody said.

In July of 2018, House Bill 986 became law. Titled “An Act to Make Various Changes to Education Laws,” creating a renewal district was only one part of the legislation. RSS was named the Renewal School System on Aug. 2 of 2018.

Optional teacher workdays begin today ahead of classes for the second semester beginning on Monday.