Justin Thomas is looking for more 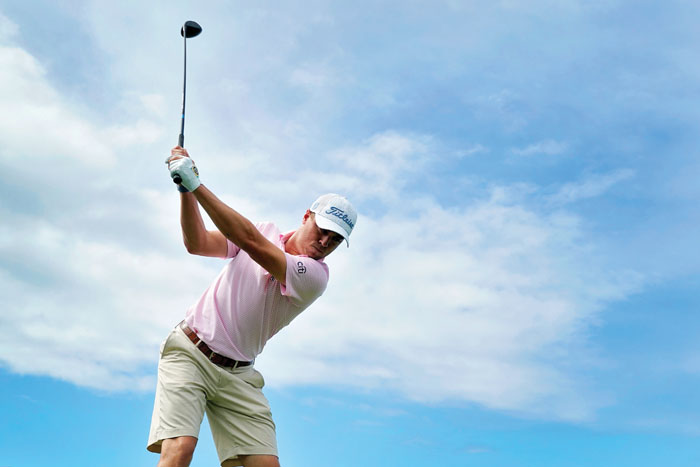 KAPALUA, Hawaii (AP) — Justin Thomas is making his fifth straight start to a new year at Kapalua, a current streak matched only by Dustin Johnson and a reminder that he has made winning a habit on the PGA Tour.

Thomas, still only 26, already has won 11 times in five years. That includes a major at the PGA Championship, a World Golf Championship at Firestone, two FedEx Cup playoff events and four victories on the Asian swing. He has won a FedEx Cup and reached No. 1 in the world.

And he doesn’t feel as though it’s enough.

“I’m disappointed I haven’t achieved more, to be honest,” he said at the Sentry Tournament of Champions, which starts Thursday on the refined Plantation Course. “I shouldn’t say disappointed. I’m obviously pleased with my career thus far, but I feel like I could have and should won a lot more tournaments — and definitely should have contended and won some more majors. So that’s just my opinion.”

It’s more of a typical outlook among the elite in golf. Nothing is ever enough.

It just might be hard for others in the 34-man field to appreciate, especially those who for the first time are soaking up endless views of the Pacific, the surfers at Honolua Bay who can be seen beyond the 11th green, the occasional breech of a humpback whale between Maui and Molokai.

Xander Schauffele won last year and knew for 12 months he was assured of coming back. Dustin Johnson, a two-time winner at Kapalua, has won 11 of the 12 years he has been on the PGA Tour. He appreciates winning, but the scenery is nothing new.

It’s different for the 15 players at Kapalua for the first time, the second-most in the history of this winners-only field.

One of them is Lanto Griffin, who won the Houston Open and is still trying to digest all the places winning takes him. It starts at Kapalua. He played consistently enough in the fall that he might land in Mexico City, and that’s before he gets to the TPC Sawgrass and Augusta National.

“This is the first week it’s really sunk in because the tournaments I played in after Houston, I would have been in regardless,” Griffin said. “Walking in, and Xander and Dustin Johnson saying hi and stuff like that, for a guy like me it’s a little different than the Korn Ferry Tour and all the other PGA Tour events I’ve played in. This is kind of the first week it’s kind of sunk in that I really did win and my life is a little different now.”

Thomas is all about pushing ahead, and his recent form is worth taking notice. It’s easy to overlook that Thomas missed nearly two months last year letting a wrist injury heal, including a major at the PGA Championship.

He never worried about missing time, even as hard as it was to miss a major he had won. He thought about Brooks Koepka missing the early part of 2018, including the Masters, and ending the year with victories in the U.S. Open and PGA Championship.

Still, that time off slowed him for the strangest of reasons. He used the time off to perfect his putting stroke in a game where perfection is never found. He was tinkering with different golf balls and different putters. Thomas went to a different style Scotty Cameron mallet to start the year. He switched to a slightly softer ball for control around the green. He went to a blade-style putter at the U.S. Open.

“The injury really made my putting bad because I had so much time,” he said. “It’s bizarre. I had all this time to make my setup perfect, make my stroke perfect. I was never doing something consistently long enough to know what the problem was.”

He had blunt talk with his short-game teacher, Matt Killen, who told him he had gotten away from everything he had done, and what he had done was good enough. Thomas went back to his previous golf ball and putter a week after the U.S. Open, and since then he’s been on a roll.

In 10 tournaments since then, he has finished out of the top 12 just once — a tie for 17th in Japan. He won the BMW Championship in August. He won in South Korea in October. And he’s ready to win more.

“It’s all about giving myself a chance to win,” Thomas said. “I’m comfortable when I get there. I felt like I had a lot of chances, or close being right there with a chance.”

So what’s a good number for an elite player? Thomas spends plenty of time with Tiger Woods, and he’s quick to concede that 82 victories is out of the question. He’s still aiming high, settling on 50 wins as what would constitute a great career for a great player. Outside of Woods, no one has reached that number in nearly 50 years.

Even if that happens, odds are Thomas will wish he had won more.