Wineka column: It’s time for me to pack up a lizard and go 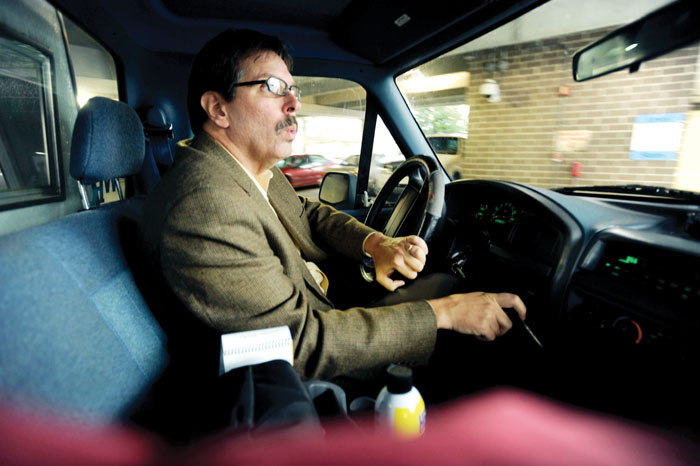 Back when my sons were young and still sharing the same bedroom, they sort of aged out of having a book read to them before they went to sleep. Still, they expected something.

I remember using this brief check-in before lights went out to teach the boys how to count in German. I also began telling them quick stories about Larry the Lizard.

Don’t ask me where Larry came from in the dark recesses of my mind, but he became the central character to many nightly adventures.

I winged it, coming up with new stories for Larry, but central to the action was that he lived in the basement of the Salisbury Post, a place with which my kids were familiar.

I tell you this because I have worked at the Salisbury Post maybe longer than Larry has hung out in the basement, and it’s time for me and Larry to go. Today is supposed to be my final day at the newspaper, for which I have worked almost 40 years.

To say the Post has become part of who I am is obvious. The newspaper has given me a livelihood and purpose for a long, long time, and for that I am grateful.

But surely the greatest reward has been the people I have met and worked with — and that’s the most frustrating thing about this leaving process.

How could I even start to name the business owners, government officials, church folks, artists, artisans, law enforcement, firefighters, educators, attorneys, judges, homeowners, veterans, doctors, coaches, athletes, historians, bankers, architects, planners, DOT employees, pilots, soldiers, sailors, parents and children who have helped me do my job — and tolerated me at the same time?

The same frustration seeps in when it comes to thinking of all my coworkers, past and present, and this giant Salisbury Post family that has surrounded me through the years. I don’t have space to name them all and tell you what they’ve meant to me.

Suffice it to say, they have given me a lot of support — far more than I gave in return. I miss terribly the ones who have left this earth.

My publishers and editors at the Post put up with me, to say the least, giving me the rein and latitude I needed to try some projects or different takes on stories, some of which were not always successful.

I was never good at showing my appreciation.

I am a bit too much of a self-absorbed person to have ever been a mentor to all the younger reporters who have come and gone. I hope they know, however, that it was me who learned from them.

They were part of my own continuing education.

The folks here have given me various nicknames over time: Snake, Sugar Bear, Scoop and ‘The Perfect Man” come to mind. Only the nicknames that didn’t start with an “S” were accurate.

This is a weird time for me. I’m thinking of some rather obscure things related to this newspaper building in which I’ve spent so much of my life.

I’ll miss sportwriter Mike London over in the corner talking to his computer.

I’m remembering how often I would see the late sports editor Ronnie Gallagher working at his desk on a Sunday morning.

I still look up, anticipating that Rose Post will be smiling back, telling me something a young reporter needs to hear for his confidence.

I’m feeling the slap on my back from long-ago writing coach Dwayne Walls. I hear the late George Raynor pounding at his keyboard.

I witness the frustration of copy editor Jason Lesley at deadline, and I notice Jimmy Hurley hurriedly walking into the editor’s office.

I’m listening in as Gordon Peacock and Ed Dupree trade jabs about their golf games. I’m walking to the composing room to give the women back there some grief. They always give it back better.

I’m turning out the newsroom lights or hearing the heat kick on. I’m staring out the break-room windows at the Innes Street traffic and wondering where in the world is everyone going.

I’m forever smelling the mustiness of our library, or the “morgue” as we always have called it. The stories filed back there were never dead to me.

Our kids are in their 30s now and establishing their own families. That’s one of the reasons the timing seems right on retiring from the newspaper.

Not too long ago, my wife told me something that made me feel better than any story I have ever written. Our oldest son is telling his 3-year-old daughter Larry the Lizard stories at night.

We all move on to different periods in our lives, even Larry.

Contact Mark Wineka at 704-797-4263 or mark.wineka@salisburypost.com. Wineka will continue as editor of Salisbury the Magazine, a publication of the Salisbury Post.