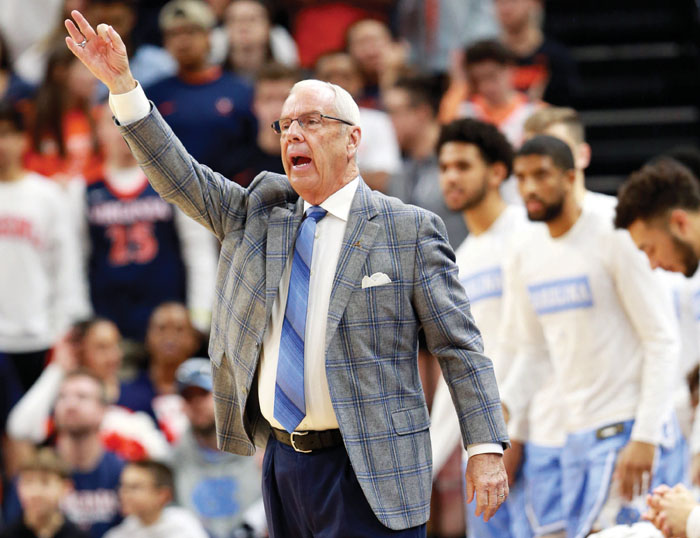 Justin Pierce added 14 points for the Tar Heels (8-5) in their final nonconference game of the regular season.

Williams picked up his 879th career victory as a head coach, tying Dean Smith for the fourth most in Division I men’s basketball history. Williams worked as an assistant for Smith at North Carolina for 10 seasons from 1978-88.

Garrison Brooks had 11 points and 11 rebounds for the Tar Heels, who nearly squandered a 12-point lead with six minutes remaining.

Robinson and Leaky Black ignited the rally with five points apiece as the Tar Heels scored on five consecutive possessions.

Yale: Fresh off a 54-45 win at Clemson on Dec. 22, the Bulldogs missed their opportunity for a second consecutive road win against an Atlantic Coast Conference foe. But their prospects remain promising. Yale has experience (six upperclassmen in its top seven, including all five starters) and plays stingy defense, a combination that could help the team repeat as Ivy League champion and return to the NCAA Tournament for the second year in a row.

North Carolina: Freshman point guard Cole Anthony, the team’s leading scorer, is scheduled to miss 2-4 more weeks in his recovery from an arthroscopic procedure on his right knee. Without him, the Tar Heels are ordinary at best. But their schedule over the next month is manageable, giving them a chance to stay in postseason contention as Anthony works his way back.

Yale: The Bulldogs play at home for the first time since Dec. 1 when they take on Division III Johnson & Wales on Jan. 12.

North Carolina: The Tar Heels host Georgia Tech, a team they haven’t lost to at home since 2010, on Saturday night.