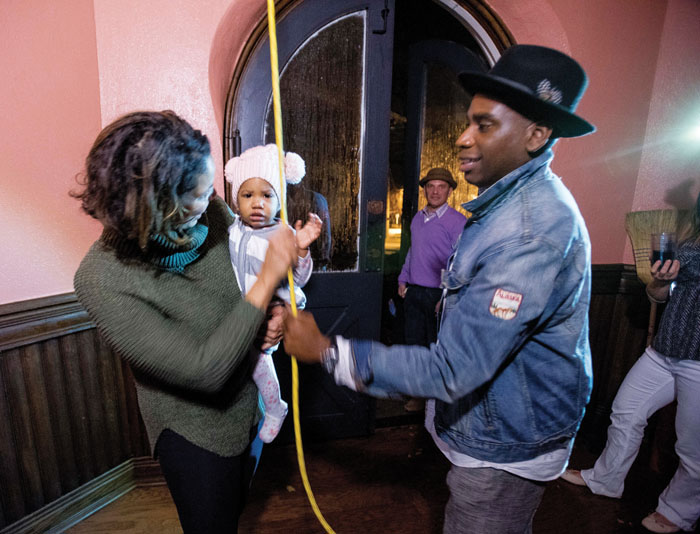 From 9 p.m. to midnight, family and friends can dance, socialize and watch the ball drop from New York’s Times Square into the New Year from Salisbury. The celebration will be kid-friendly with games, including cornhole, to play.

Nick Aceves, the Parks and Recreation director, said the construction crews at the Bell Tower Green asked the city not to have anyone come on the premises to celebrate New Year’s Eve at the Bell Tower. They decided to move it to the F&M Trolley Barn only for this year.

The band Livehouse, which plays a wide variety of music and was featured during this year’s Cheerwine Festival, will perform. The Trolley Barn will have a dance floor.

The free event will also have a large screen showing the ball drop in Times Square.

Sticking to tradition at the Bell Tower, attendees can ring a bell when it’s the New Year.

Downtown Salisbury Inc. will have beer and wine for sale for $5, which people can pay with by cash or card. Light refreshments will also be available.

Aceves said he hopes families who are out and about in downtown Salisbury will stop by for some fun.

Price expects it to be “a good night at a good event.”

Aceves said more than 1,200 people have come to the Bell Tower to ring in the New Year when weather was good. Although this year’s event won’t have to worry about the weather, Aceves said he hopes it will attract a good crowd. If needed, attendees can spill out of the Trolley Barn, he said.

Last year, the event was officially canceled due to weather, but people still went to the Bell Tower to celebrate.

Next year the event will return to the Bell Tower, with the new Bell Tower Green park surrounding it.

“The goal is to move it back to the Bell Tower next year, especially with the tradition of lighting the Bell Tower and ringing the bell,” Price said.