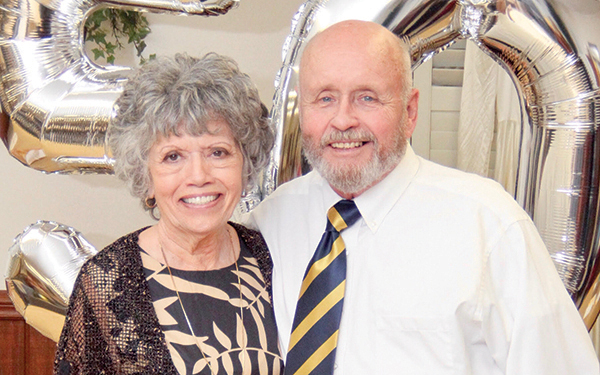 Gary and Delores Daniel of Rockwell celebrated their 50th Wedding Anniversary on November 30, 2019. They celebrated their anniversary with a surprise anniversary celebration given by their children at Immanuel Lutheran Fellowship Building where they were presented with a video of the last 50 years by Feaser Film Productions.

The Daniels were united in marriage on November 30, 1969 at Union Lutheran Church. Gary is retired after 38 years of government service and Delores is also retired after 30 years in the corporate office at Food Lion.

The couple’s children are Belinda Stafford of Fort Lawn, S.C., Felicia and Todd Feaser of Concord, Alicia and Jason Nance and Carejeanne and Zac McClary all of Rockwell. The couple also has five grandchildren, Payton, Adelynn, Emelia, Scarlett, and Daisy; they’re expecting their sixth granddaughter in June.