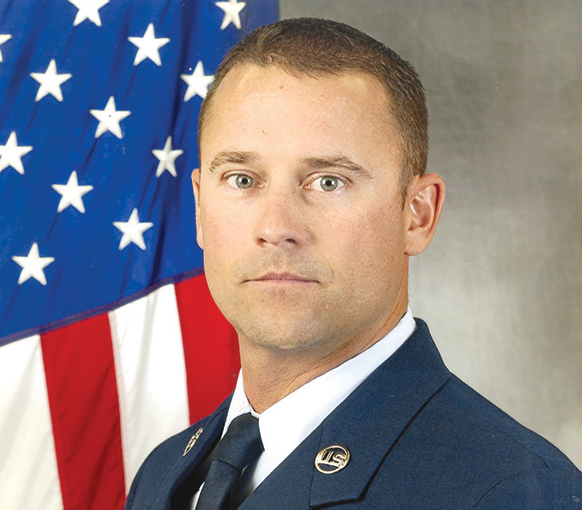 SMSgt Eric Scott Campbell has announced his retirement from the United States Air Force after 20 years of service.

He is a 1999 graduate of West Rowan High School and entered the Air Force after graduation as a crew chief primarily servicing F-16s. He completed two tours in South Korea at Kunsan Air Base and one tour in Italy at Aviano Air Base. He also deployed to Turkey, Cyprus and United Arab Emirates. The remainder of his time was spent in the Mid-West and West Coast areas. He is a 2019 graduate of Embry-Riddle Aeronautical University with a major in Aeronautics and a minor in Safety. He also graduated from Community College of the Air Force with an associate degree in Air Craft Maintenance Technology.

Campbell is the son of Carol Campbell and late Bob Campbell. He is married to the former Misty Beam and they have three children, Brynlee, 9, Breyson, 8, and Jayse, 7.