2019 Newsmaker of the Year: Officials say Chewy fulfillment center will ‘lift everyone’ 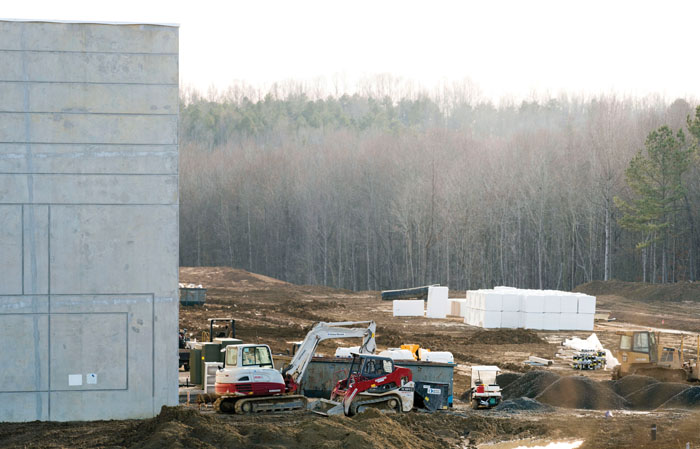 SALISBURY — Rowan County got a win — a big win at that.

Chewy.com, an online retailer of pet food and other pet products, announced in April it would be opening a fulfillment center in Rowan County. The facility will create more than 1,200 jobs, hailed as the largest, single job announcement in the county’s history. With that job estimate, Chewy will quickly find itself among the top three private employers in the county, along with Food Lion and Daimler Trucks.

It will be Chewy’s first fulfillment center in North Carolina and the ninth in the country.

“The city of Salisbury provides a strategic geographic location that allows us to enhance our delivery network across the Southeast as well as access to a strong talent pool that embodies Chewy’s culture,” said Pete Krilles, vice president of real estate and facilities for Chewy, Inc. “We’re excited to begin the next stage in this process with the creation of 1,200 new jobs and offering local candidates the best employee experience possible.”

For the importance of the announcement, its already seen effect on the local economy and what’s to come, the editorial staff of the Salisbury Post named Chewy its 2019 Newsmaker of the Year.

This year’s announcement was years in the making and came after the county finished second for other companies that looked at calling Rowan County home.

“We’ve been the bridesmaid several times,” said Rod Crider, president and CEO of the Rowan Economic Development Commission. “With Chewy, we got to be the bride.”

Rowan County Commissioners Chairman Greg Edds said the county was a finalist numerous times but couldn’t get over the hump. With Chewy, it did.

Edds recalled his reaction when he heard Chewy’s decision as being one word “‘finally’ exclamation mark.”

Crider said he let out a yell when he got the call ahead of an early 2019 Rowan Economic Development Commission board meeting. Rowan County had beaten out other sites, including one in South Carolina that Crider suspects was Spartanburg. Crider said he was happy and thankful for Chewy’s decision and that he also knew what the decision meant for county commissioners.

Rowan County supplied $2.3 million in property tax incentives and a $400,000 equipment grant, both performance-based and requiring the company to meet employment goals — 1,200 jobs by the sixth year of operation, with other benchmarks before then.

The 700,000-square-foot facility will open next year, with construction having already started on what was formerly known as the Trevey Site, located at the intersection of Long Ferry Road and Interstate 85. A Chewy spokesperson didn’t have a timeline of when the Chewy fulfillment center would be open, but hiring is currently underway. And construction was previously scheduled to be completed in June.

Decades ago, it was just a tract of land. In the 1980s, two real estate agents — the late Hazel Epting and her late business partner Linda Trevey — convinced their husbands the site would be a good investment. Over dinner one night, the couples decided to purchase the land — 100 acres. They sat on it until 2002, when they put it on the market with the help of Vernon Powell, a real estate broker. In 2008, Duke Energy helped prepare the site for development with its Duke Energy Site Readiness Program.

Before his death on Aug. 22, 2018, Jim Epting, Hazel’s husband, was able to sign a contract to sell the land to NorthPoint Development. The Kansas City, Missouri, company is developing the Chewy site.

Now, says Edds, the county will feel effects of an increased tax base — a $55 million increase, to be exact. The increased revenue, he says, will help pay for schools and emergency services — “a tremendous effect felt around the county.”

“This is all across the board good,” Edds said.

Crider said he believes there will be 4,000 jobs created as a result of an expected “ripple effect.” A gas station could open up or a fast food restaurant for employees to eat lunch nearby. Wages earned will be redistributed in the county as employees shop in the grocery stores or visit the doctors.

As for Rowan and nearby residents, Edds sees the Chewy facility as allowing locals to be able to work one job with benefits, instead of two or three with no benefits. Parents will be home more, which will positively affect the school systems, he said. Chewy’s required infrastructure, such as sewer lines to be put in, will encourage more growth in its surroundings of northern Rowan.

East Spencer Mayor Barbara Mallett said, though the fulfillment center is not in her town limits, it will still create economic impacts. Mallett expects the town will be home for some employees.

“It’s a great win for northern Rowan County and all of its community,” she said.

Spencer Mayor Jonathan Williams said the town is “thrilled” to have Chewy, calling it a “stepping stone” for more growth. Williams says he tells Spencer citizens Chewy is not the answer for growth, but it is a key piece.

The announcement brought validation for the county, Crider said.

“It says to those folks ‘Rowan County is a good place for business investment and a good place to live and work,’” Crider said. “It will lift everyone.”

Chewy is important as a morale boaster, Edds added.

“It’s important for a community that feels like they’re down on their luck to get a win,” Edds said.