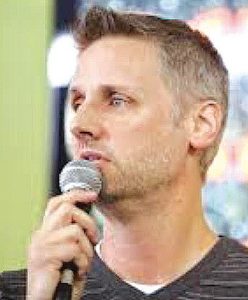 ALBEMARLE —Sometimes, miracles happen all around us. We just have to know where to look for them. On Sunday, Dec. 15, one miracle happened at The Gathering, a church in Albemarle, NC, that has led to many more.

Every year during the month of December, the church receives a special offering called The Big Give. The premise is simple: everyone brings $25 (some more, some less), they add it all up, and then they give it all away, mostly to local non-profits.

Over the years The Gathering has bought a lot of food, baby supplies, and toilet paper due to how much of those items get used by shelters and pregnancy resource centers.
They’ve also written some pretty big checks to help fund areas where those nonprofits were facing end-of-the-year shortages.

But this year, the church felt the need to do something different: pay December power bills for families who might otherwise have to choose between enjoying Christmas or staying warm.
The goal was to help 15 families, but when the number of families in need doubled, the church knew it would need a miracle. The Big Give this year would have to be more than they’d ever seen previously. A lot more.

That’s when they experienced what some might call a Macedonian miracle. In 2 Corinthians 8, the Bible describes the churches in Macedonia as financially challenged and yet full of a joy that overflowed in generosity and allowed them to give more than they were able to give.

As members walked to the front of The Gathering during the December 15 services and dropped in their donations, that Bible passage took on new life. A church that never passes an offering plate — and has a budget often half that of other churches its size — gave more than it had in any previous Big Give, and it wasn’t even close.

This year The Big Give was almost two and a half times more than the largest amount in previous years since The Gathering launched in 2011.

The total received was just over $10,000 and it was enough to cover every power bill for every family that needed it. It was enough to help provide necessities for non-profits working with the homeless and victims of domestic violence. There was enough to support the efforts of organizations that serve people dealing with crisis pregnancies and mental health issues.

This year, The Big Give became The Really, Really, Really Big Give, and for 30 families and many more who will be touched through local nonprofits, a Macedonian miracle became a Christmas miracle.

Paul Jenkins is pastor of The Gathering Church in Albemarle, www.thegatheirngnow.com