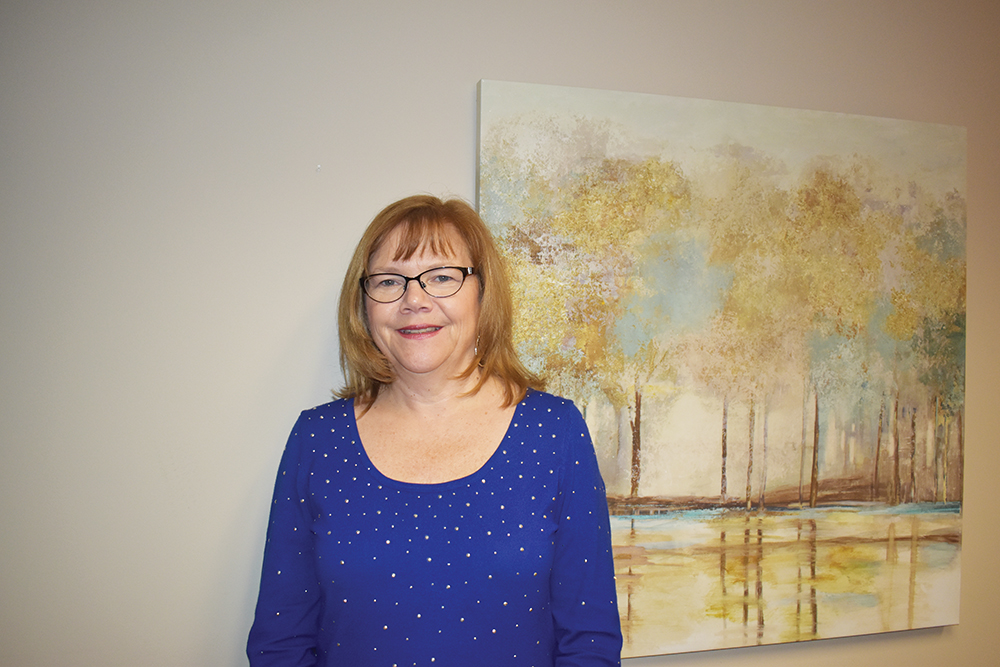 Diane Seaford became the finance officer for the Town of Landis on Sept. 11.

LANDIS — Diane Seaford started her career in local government and she is likely to finish it there.

Thirty years ago, she began her career in the finance office of Cabarrus County government. She went to work for Bank of America for 21 years. Then, Seaford moved onto two short-lived opportunities. She began looking for what was next and contacted an old friend from Cabarrus County.

“Do you have anything?” Seaford asked her friend. “I might start and end on the same note: in local government.”

She came upon the finance officer position in the town of Landis, a position she ultimately received an offer for an accepted. She started Sept. 11.

“My biggest attraction to Landis was it was a place I had an opportunity to maybe make an impact and help make a difference,” Seaford said. “And that’s really important to me. That’s part of the reason why I left Bank of America was because it was so big that I felt like sometimes you just go through the motions and the process. Is that really making an impact?”

Seaford said she knew before accepting the job two former town employees were under investigation for embezzling town money. The town, though, was starting to head in the right direction and she wanted to be a part of it.

Seaford had some questions. How do town staff keep that from happening again? Have staff gotten to the bottom of it?

Staffing had changed. So, the same people weren’t all in the same places, she said. Seaford said she saw the leadership of then-interim Town Manager Kenny Isenhour and then-interim Finance Officer Roger Hosey as moving the town in a positive direction.

“From a day-to-day operation point, we have done all that we need to do, so now we’re just waiting,” Seaford said. “That makes it easier coming in because you’re past that point. You’re not coming into an active investigation where they are asking you to pull stuff every day, and that’s consuming your day as opposed to moving forward. I was excited to come in and move forward. I felt like we had a good team in place to do that.”

The town has put in checks and balances that include the segregation of duties and having sign-offs in multiple places. The Local Government Commission, which is under the State Treasurer’s Office, seems to be happy with changes they put into place, she said.

Communicating with the citizens about the town’s finance is important, she said.

“That is public information and that’s something the public has a right to know,” Seaford said. “There is a fine line of making sure your citizens trust and are informed, but they also don’t need to run the town.”

“Results are the only thing when you get into the job that will make people feel more comfortable,” Seaford said. “All you can do is come in every day and do the best you can and move it in a positive direction and know that, over time, they’re going to understand. It takes time to heal.”

The town is working to update its financial software system to integrate with the utility bill. This will allow citizens to pay online and the town not to be charged for absorbing the cost that comes with using a credit card. The system will also allow citizens to see their utility usage.

“This year’s budget has made great strides on being able to do that,” Seaford said. “I look forward to what our departments submit as to what they need. I think a lot of those needs have been met this year. We’ll have a few more that are carry overs that we’ll need to address, but I think we’ll be in a better position of operation on a business as usual.”

Seaford said she will continue to be a presence at monthly aldermen meetings.

“I want to support the aldermen and the mayor and I want to be prepared for what’s to be upcoming in the next month based on what’s coming out of that meeting,” she said.

After the new board gets settled in, Seaford said she wants to share financial information during the department head comments period.

Permanent healing for the town will come when the town hears the findings from the State Bureau of Investigation, she said.