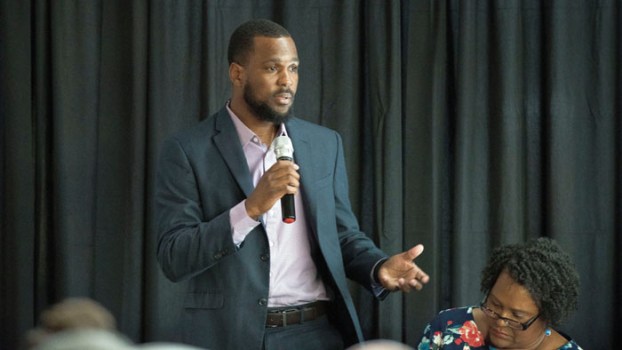 SALISBURY — Gemale Black ran for Salisbury City Council with a campaign platform of equitable economic development and, while he wasn’t elected to the council, he’s continuing to work on creating a minority business incubator.

In downtown, Black wanted to fill vacant buildings with podcasters needing studio space, and artists needing galleries. He also wanted to find space for black business owners to get their start by converting a city-owned building into a minority business incubator.

“Walking by the vacant buildings in our downtown, it saddens me to think of the immense potential living in our neighborhoods — those that will be committed to functioning long-term in a brick and mortar building,” his campaign platform stated.

Black’s ideas have attracted the support and interest of Councilman David Post, who said he’s reached out to Black. He’s also spoken with officials at Livingstone College.

“We have a lot of business that are based at home,” Black said. “I know they can thrive. I know what can make a profit.”

Black imagines a baker, a barber and medical profession all working under roof filling a downtown building. It would be a happy place with resources and helping the city with economic development.

“I have a passion for the city,” Black said. “This is my passion. I want it to thrive.”

His work has just begun. Black says he is planning to get going in the New Year and make the incubator a reality after already having met with some community leaders.

Post said he thought it was a good idea and said he was reminded of a cluster of minority businesses when he was a child and lived on Liberty Street. Post said he would go to Mary Lash’s grocery store to get a one-penny piece of candy.

“I would love to see it work,” Post said.

Black has also met with Pete Teague, special assistant to the president for community development at Livingstone College.

He plans to talk to the Rowan Chamber and Rowan EDC in January to combine efforts. He also is looking into communities that have established a successful minority business incubator.

Black says he is committed to following through with his campaign platform.

By Liz Moomey liz.moomey@salisburypost.com SALISBURY — With only a third-grade level of English, Marina Ladigina moved here in August 2017.... read more