Submitted photo The elf makes its appearance at Granite Quarry Elementary School thanks to a ride with a drone. 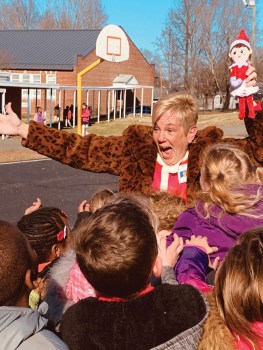 Submitted photo Granite Quarry Elementary teacher Amy Stokes holds on to the elf who dropped in to the school from a drone. 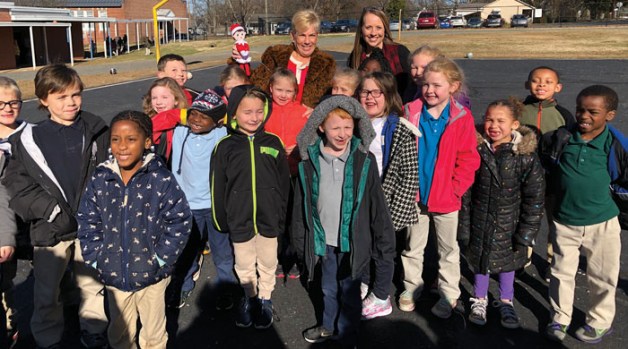 GRANITE QUARRY — Eighty first-graders at Granite Quarry Elementary School got the surprise of the season on Dec. 18 when an elf suddenly appeared flying across the sky.

Suspended from a drone, the elf flew over the playground during recess and magically hovered over the head of their teacher, Amy Stokes. After cutting it free, the children rushed over to see what Santa had sent them as the drone rose high into the sky on its way back to the North Pole.

Stokes said her first-graders had written letters to Santa asking for an Elf on the Shelf for their classroom. They have all been so wonderful all year, they deserved something very special, so she enlisted the help of firefighter Alan Shinn of the Granite Fire Department, with the assistance of the school Resource Officer Richard Tester of the Granite Police Department and got permission from her principal, April Spry.

One boy said, “Santa is real! Only he could send an elf on a drone!”