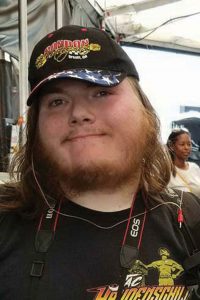 ROCKWELL — As of this week, Jeffrey Stanton has assisted 154 families with Christmas presents and clothing for this holiday season. It’s almost second nature that around the holidays, Stanton, 22, gears up to distribute hundreds of toys and gifts.

In 2007, when Stanton was about nine he learned that some children in his autism class wouldn’t receive Christmas presents so he saved his lunch money to buy them gifts and Jeffrey’s Toy Closet was born.

“It’s hard to put into words. There’s joy in helping others because there’s a lot of people who need it,” Stanton said.

The charity organization has given more than 55,000 toys and 2,500 pounds of food to families. Stanton raises money and collects toys throughout the year so that he can meet the needs of families in Rowan and Cabarrus counties, and beyond. This year, he’s added giving food, blankets and toys to children in Vietnam and money for food to children in an orphanage in Africa. Often if the family hears of someone who lost their belongings in a fire, Stanton will collect clothing items and toys for the children.

During other times of the year, his mother, Deb, said he’s busy helping with disaster relief and helping low-income families by purchasing baby items. He does receive some support from the NASCAR community and the rest comes from his own pocket and toy drives.

Stanton has been a fan of the NASCAR circuit and even created the graphics for stock car race car driver Robby Lyons and drag race John Force, he said. He used the money he made from doing car graphics to purchase toys.

“We’re hoping that we can start getting more support from the area as currently not much help or support comes within Rowan County though most of the help goes to Rowan County,” she said.

Stanton is currently working on his nonprofit status.

He hasn’t been able to host any toy drives since he was severely injured in 2015 after his knee was caught while helping to load a race car into a hauler. He was run over and required multiple surgeries.

He’s been able to assist families through the Rowan Helping Ministries shelter and Family Crisis women’s shelter as well as Nazareth Children and Family Connection.

“The big thing that Jeffrey stresses to many is that one person can make a difference in this world to make it a better place for everyone,” Deb said.

She said many people think you need to be financially well-off to help children, but Jeffrey started with one toy more than 10 years ago. Now each child gets an ornament and a treat bag.

He’s usually contacted by families or has families contact him for help. He’s partnered with NAPA — Rockwell Auto & Tractor Parts, located on U.S. 52. Stanton can collect toys at the business and distribute them there as well. He just held a distribution on Saturday and plans to continue giving out toys on Christmas Eve.

Anyone who would like to donate to the charity or connect with Stanton to receive items next year can contact him via his website at http://jeffreystoycloset.org.