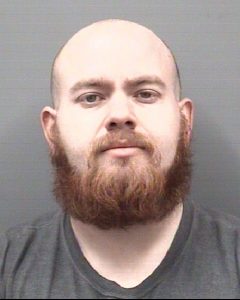 SALISBURY — A Mocksville man faces more than a dozen charges after being charged Friday with identity theft.

Bassett remained in the Rowan County Detention Center Sunday under at $10,000 secured bond.

Bassett has previous convictions on larceny and fraud charges in Rowan and Davie counties, according to the N.C. Department of Public Safety’s criminal offender database.

Pruitt was also charged with resisting a public officer after he allegedly fled on foot following a traffic stop, according to warrants.

Springs was charged with injury to personal property after she allegedly scratched a vehicle and removed paint from the rear, right passenger side. A warrant stated the damaged vehicle also had a deflated tire that appeared to be punctured.

• Jermaine Lamont Wells, of Charlotte, was charged with felony possession of counterfeit instruments after he allegedly possessed two counterfeit $100 bills with the same serial number.

• Trent Maverick Earnhardt, 24, of Salisbury, was charged with felony possession of stolen goods.

• Cedric Lamont Gill, 36, of Granite Quarry, was charged with felony assault by strangulation and common law robbery after he allegedly placed both of his hands on the victim’s neck and took bank and identification cards. Gill was also charged with two counts of felony probation violation for out-of-county offenses.

• Chad Kieth Stensrud, 35, of Salisbury, was charged with two counts of misdemeanor larceny after he allegedly stole a desktop computer valued at $604 with anti-theft device around it from Walmart and a generator valued at $429.99 from Tractor Supply.

SALISBURY — Two people are in stable condition after being shot Saturday night during a robbery on Parrish Street, according... read more