Ask Us: What happened to former Bernhardt Hardware Company’s decorations? 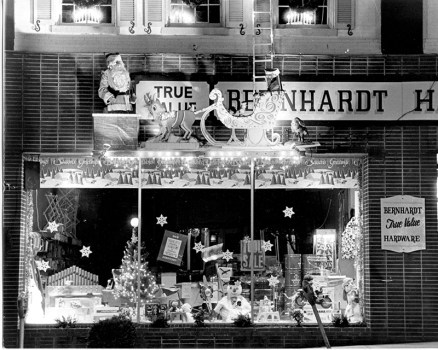 Christmas decorations adorn the from of Bernhardt Hardware in this undated photo provided by Betty Dan Spencer. 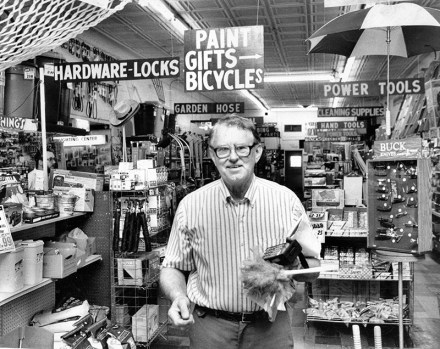 In this photo provided by Betty Dan Spencer, Paul Leake Bernhardt is seen inside of his hardware store in Salisbury. 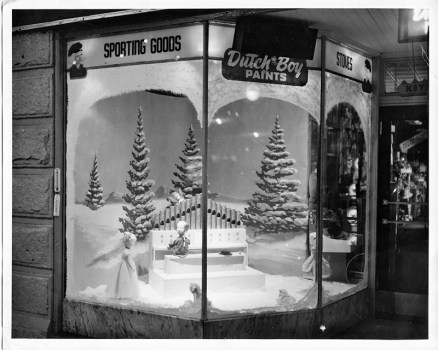 This photo provided by Betty Dan Spencer shows the organ and clown that were part of the former Bernhardt Hardware’s Christmas decorations. 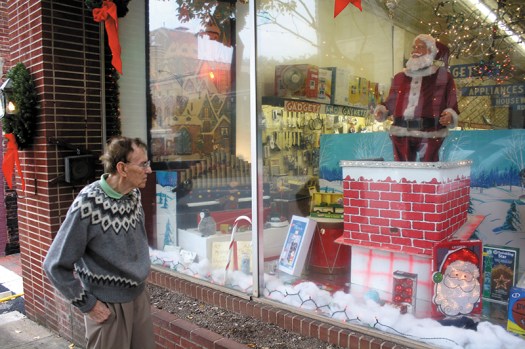 SALISBURY — With the holiday season in full force, a reader has asked about decorations that used to be placed every year at Bernhardt Hardware Co. on North Main Street in Salisbury.

Paul Leake Bernhardt, of Bernhardt Hardware Co., was the creative force behind the fantastical decorations. And Betty Dan Spencer, his cousin, said he was a connoisseur of Christmas decorations before they made it to the prominent display downtown. Bernhardt made a Santa, sleigh and eight reindeer out of plywood and paint for the roof of his own home in the 1940’s, Spencer said.

The hardware store closed in 2012. For decades before, though, the decorations were a reliable holiday fixture for children and adults alike. The displays and decorations began in the late 1940s or early 1950s, according to Spencer.

Keynote features included a Santa with a sleigh and reindeer as well a player organ, with clown Emmett Kelly at the keys.

Since then, the holiday decorations have ended up in different places, but still inspire the holiday spirit. Rick’s Barbecue and Grill, formerly on South Main Street, received the Santa, sleigh and reindeer. The Rowan Museum acquired the organ as well as the clown that played it.

The North Pole decoration, cold to the touch, is at Fine Frame Gallery on South Main Street under the care of owners Bruce and Jackie Wilson. The decoration, which features a physical pole, used to be featured in the entrance of one of the alcoves of the store, according to Bruce Wilson.

Bruce Wilson said he encourages those that live in Salisbury to take their friends to see the North Pole. It’s a proposal that can sometimes invite skepticism, given the distance between Salisbury and the actual North Pole. But for about five years now, people have been coming to see it, Wilson said.

The North Pole has been seen by people from all over the world and the United States, Wilson said. People from Iceland, New Zealand, New York, Houston, Tampa and other places have all taken part in the Salisbury tradition that still lives on.

Wilson said North Pole decoration remains lit around the clock, from around Thanksgiving to January, so that people can see it and take their photo with it.

“We enjoy sharing it,” Wilson said. “It looks really cute.”