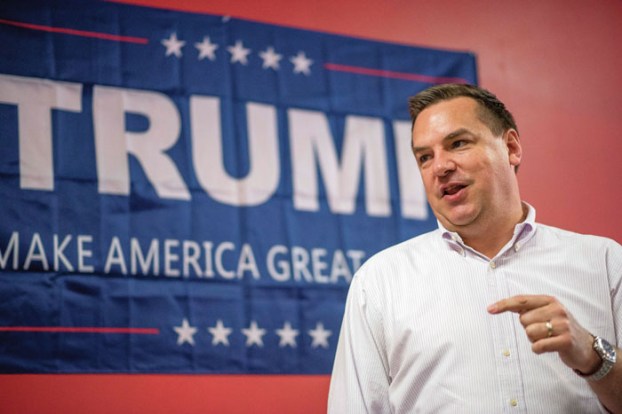 It was a dark day for our Republic, but Washington Democrats had been planning for this all along. It was an impeachment in search of a crime.

In January 2017, Rep. Jamie Raskin, who was a witness for the Democrats in the Rules Committee hearing, boasted to a cheering crowd that he would impeach Trump two days before Trump was even sworn in.

In January 2019, on the first day of the 116th Congress, Rep. Rashida Tlaib proclaimed, “We’re going to impeach the mother—.”

In May 2019, Rep. Al Green, the chief architect of their impeachment efforts, admitted the Democrats’ mentality, saying, “I’m concerned if we don’t impeach this president, he will get re-elected.”

In December 2019, Speaker Nancy Pelosi admitted at a press conference on December 5 that she has been working to impeach Trump for “two and a half years.”

Our founding fathers warned of the impeachment process being abused for partisan purposes. In Federalist Papers No. 65, Alexander Hamilton warned, “there will always be the greatest danger that the decision will be regulated more by the comparative strength of parties, than by the real demonstration of innocence or guilt.” I’m incredibly disappointed Hamilton’s fears have come true — this partisan impeachment has been motivated by politics, with zero evidence, facts, fairness or due process. Not a single Republican supported the measure.

If you watched any of the impeachment proceedings, you have seen what appears to be a broken system. Representatives pandered to the most extreme to score cheap political points in an attempt to reverse the results of the 2016 presidential election.

But these clips and soundbites also hide some truth. The truth is there are still many of us who travel to Washington, D.C. every week to fight for the people. I refuse to believe the partisanship has gotten so out of control that we cannot accomplish great things.

The bipartisan National Defense Authorization Act (NDAA) is an example of what can be accomplished. Included in this bill were major bipartisan wins that will have a real impact on people’s lives. I made sure we secured a pay raise for our troops, modernized benefits for soldiers wounded in combat and invested in the future of our military.

Our community is all too familiar with the shortfalls of privatized military housing, and addressing this was one of my top priorities.

I fought to get key provisions from my bill — the Better Military Housing Act of 2019 — in the NDAA, including an inspector general review of housing and standardized assessments for things like mold and lead. Additionally, it establishes a Tenant Bill of Rights, bans the use of non-disclosure agreements and enhances protections against reprisal. I also led the way for Department of Defense medical malpractice reform and ensured the bill took steps to protect our community from hazardous chemicals like PFAS.

These commonsense, bipartisan wins are made possible when people put politics aside and come together. Can you imagine how much more we could accomplish if politicians put the people over partisanship every single time?

Since I was elected to Congress, I’ve made working on meaningful, commonsense solutions my top priority.

Don’t get distracted by the noise of partisanship and the nonsense of impeachment. As your representative, I’m here for you and will continue to work on behalf of our community every day I am privileged to serve.

Whitey Harwood: Didn’t think about that

By Whitey Harwood Last week, I was in Salisbury looking for some horehound candy and met a young lady from... read more