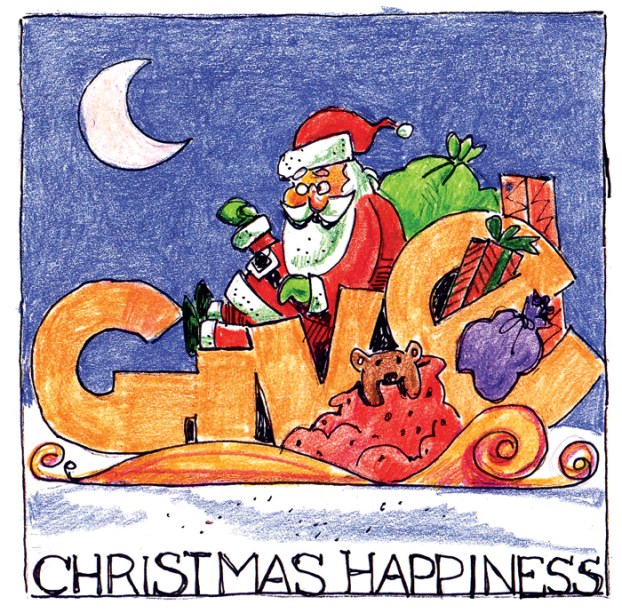 Son gives to Christmas Happiness to honor father, others in fishing club

SALISBURY — In 1971, Ray Fleming and some friends created a fishing club that they called the Salisbury Bassmasters.

Over the years, it became less about winning fishing tournaments and more about the camaraderie among the friends. This week, Ray Fleming’s son, Michael, made a Christmas Happiness donation to pay tribute to Ray and other members who’ve since passed away.

Michael Fleming co-owns the family business, Fleming Candy Company, with his brother Jeff. The siblings took over after their father’s death in 2015. Ray, an avid fisherman, broadened the candy business in 1970 to include fishing tackle.

He said there are 21 members now.

“There’s a lot of tournaments that are bigger money. This is for more fun and bragging rights,” Fleming said.

“He loved to fish. We have a showroom open. We also have a fish and tackle shop just cause my dad loved to fish,” he said.

Fleming gives every year to pay tribute not just his father, but the other members as well. He’s been in the club for seven or eight years. Donating to the Christmas Happiness Fund was always something that the original members had done.

The Christmas Happiness fund provides Rowan County families in need a way to purchase presents for their children. It was started nearly 70 ago by then-Post Editor Spencer Murphy who asked the community to help buy presents for area children in need.

The fund program is sponsored by the Salisbury Post, which collects contributions. The Rowan Salvation Army distributes vouchers to eligible families.

• In loving memory of Steve Douglas, by Racine Douglas, $25

• In loving memory of Lettie Mabry and Leslie Tucker, by Linda and Terry Thomas, $100

• In honor of my teachers at First Baptist Wee Center, Mrs. McClintock and Mrs. Driver, by Carter Earnhardt, $20

• In honor of my teachers at Rockwell Elementary School, Mrs. Burrage and Mrs. Waller, by Nolan Earnhardt, $20

• In honor of Alda Smith and Jean Rufly, by Dinah Carpenter, $25

• In honor of our grandchildren: Hunter, Harrison, Rachel, Regan and Laney, by Mamaw and Papaw Bell, $25

• In honor of our great-grandson Daxton, by Mamaw and Papaw Bell, $25

• In honor of St. John’s Lutheran pastors and staff, by Robert and Anne Loeblein, $100

• In memory of our Mom and Dad, John Clarence and Purnie Copley Livingood, by Livengood children and grandchildren, $525

While families and friends gather for the upcoming holiday season, area municipalities will be closed in observance of Christmas and... read more