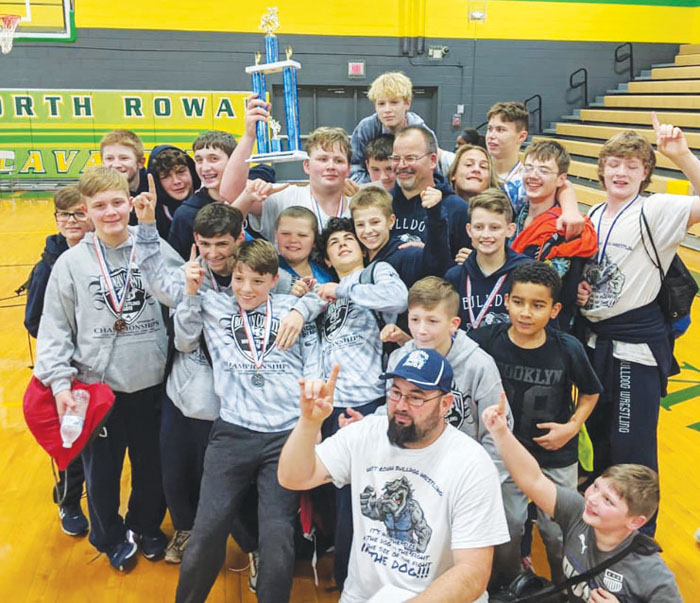 Submitted photo ... West Rowan Middle School’s wrestling team went 15-0 and won the middle school regular season championship. Last Saturday at North Rowan High School in Spencer, the Bulldogs were co-champs in the RCMS tournament with Mooresville (209 points each). West had a two-match edge over Mooresville during the regular season. The Bulldogs are coached by Raye Brothers (middle and near the rear).

Collins lead the team in individual points with 90 and team scoring with 89 points.  He also had a team-high 12 pins.

Tyler Cline had a school-record fastest pin, recording one in 8 seconds.

Mooresville, which finished behind West in the regular season at 12-2, was able to tie the Bulldogs, 209-209, for the co-championship, at last Saturday’s tournament, held at North Rowan High School gym.

The most outstanding wrestlers of the RCMS Tournament were Matthew Davis (lower weight) and Mason Kincaid (upper weight), both of Corriher-Lipe. Davis upset the No. 1 seed, Mooresville’s Jason Shutt, 11-3. Kincaid was able to win his award by pinning his way through the bracket.