SPENCER — Spencer Police are looking for a man who they say robbed a convenience store this morning.

According to Chief Mike James, the suspect pulled out a pistol and pointed it at the clerk. The man took cash. The clerk was not harmed in the robbery and no one else was in the store at the time. 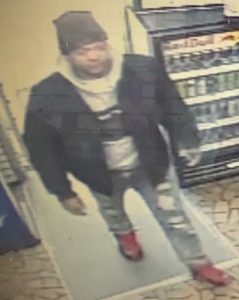 Spencer Police are looking for this person who they said robbed King’s Store around 10:40 a.m. at gunpoint. The suspect left in a white Kia Forte with Tennessee license plates. Submitted photo