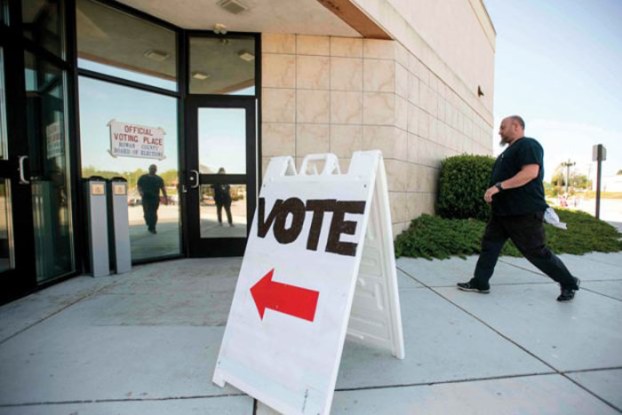 Editorial: Local elections could be without competition in 2020

The $45 million bond referendum for facilities at Rowan-Cabarrus Community College could end up being the most competitive and interesting local item on March’s ballot.

That’s partially because of its potential impact on prospective students, adding capacity for existing, in-demand programs, as well as new offerings. The Rowan County Early College also would get a new facility. Voters will need to weigh expanded and new offerings with the 3-cent tax increase county staff say will be needed.

We’ve said the bond will be a net positive for Rowan County and were glad to see county commissioners do their part Monday and approve a resolution that puts the referendum on the ballot.

But the bond’s potential place as the most interesting local item on the ballot is also caused by a lack of candidates for office. Sure, local races during presidential years are not usually as exciting as during midterm elections, but with just a few days left, only incumbents will be on the ballot.

Incumbent Reps. Harry Warren, Julia Howard and Wayne Sasser, whose district is new to the county, as well as Sen. Carl Ford will not face Republican or Democratic competition unless someone files before Friday.

The same is true for Rowan County commissioners Craig Pierce and Mike Caskey as well as Rep. Ted Budd, who represents the 13th Congressional District.

That no incumbents have filed indicates the community is generally happy with Republican leadership in Raleigh and Salisbury as well as Budd’s tenure in Washington, D.C.; that some candidates are waiting until the last day to file; or that, among other things, people aren’t interested in serving.

Certainly it may be the case that Republicans or Democrats are waiting until the last day, wanting to see who else files before making their choice. There’s also a number of people who will vote next year and have considered becoming a candidate who are unaware filing is happening now.

But even if the community is generally happy with the direction of Republican leadership, there’s merit in challenging incumbents from the left or the right on their policy positions. We need challengers who are willing to ask aloud whether he or she would be more effective and better representatives than incumbents. Certainly, the Salisbury Post’s job is to ask questions, but our democratic system functions better when there are also challengers on the ballot who ask incumbents to explain to the public what they’re doing and why they’re doing it.

To ensure Rowan County voters have the best representation possible in Washington, Raleigh and Salisbury, we encourage people who have thought about running for office someday to consider whether this is the year to take the leap.

In one respect, School Board Chairman Kevin Jones is right: inaction cannot be an option in ongoing debates about the... read more