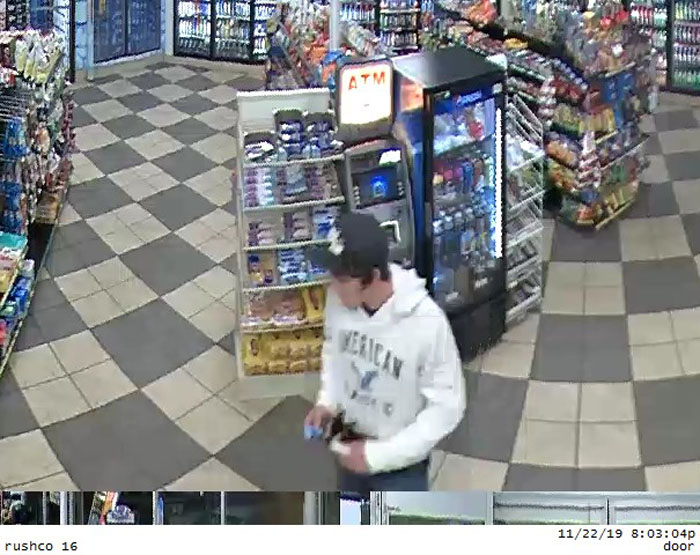 SALISBURY — The Rowan County Sheriff’s Office is asking for the public’s help in the investigation of a robbery and carjacking on Courtney Lane.

During the robbery, which happened on Nov. 22, the victim was attempting to sell home theater equipment to two unknown suspects. The victim followed the suspects to a Rushco gas station at Innes Street and Stokes Ferry Road, where he showed the suspects the equipment that was in his vehicle. One of the suspects went into the store while the other went back to the car.

The victim then followed the suspects to Courtney Lane. When they arrived at Courtney Lane, the suspects took control of the victim’s vehicle. The victim attempted to get into the back of his vehicle, but was thrown out when the suspects accelerated as they took off.  The vehicle and home theater equipment were stolen, but only the vehicle was later recovered when it was found partially submerged in High Rock Lake.

The photo shows the suspect who pumped gas and then went into the store. He purchased a pack of Marlboro cigarettes, attempted without success to use the ATM, and then left.