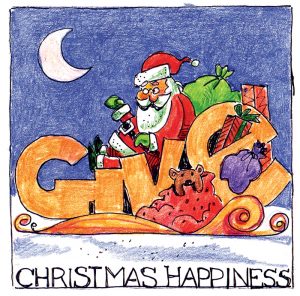 SALISBURY — Despite some freezing rain on Friday, 96 pickleball players from Salisbury and other towns held “holly jolly” pickleball games and collected $3,850 for the Christmas Happiness Fund.

The event, presented by DRC Pickleball, was held at the JF Hurley Family YMCA. The Y has been host to four previous such games where participants have raised over $14,600.

Participants were from not only Salisbury. They came from Winston-Salem, Charlotte, Sparta, Pinehurst, Bessemer City, Denton and Hiddenite to enjoy what has become a fast-growing sport.

Those gathered ate pizza, wings and desserts and as well as shared holiday cheer with old friends and made new ones, said a letter that accompanied the contribution.

The contribution was given in memory of Lynn Rogers, John Stevens and Jamie Redfern, “who we will miss on and off the courts,” the letter said.

The Christmas Happiness Fund was created nearly 70 years ago when Murphy discovered that some area children would not receive anything for Christmas. He asked the community to help, and help they did. More than $1,000 was raised for Rowan County’s children and families in need. The tradition continues with the community making contributions of varying amounts and earmarking their gifts in memory or honor of someone important to them.