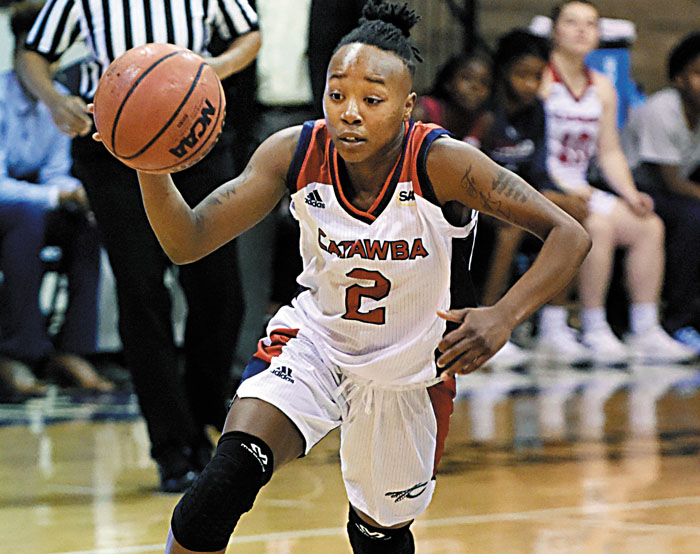 DAYTONA BEACH, Fla. —  The winning streak for the Catawba women reached nine games on Monday night, the longest ever for the Indians to start a season.

Catawba, which tries to turn every game into a race was in the right place in Daytona Beach. The Indians won, 82-74, against the Embry-Riddle Aeronautical University Eagles.

The Catawba program record for consecutive wins at any point in a season is 12 straight. That happened in 2000-01.

Catawba was credited with 16 steals against the Eagles (5-4).

Taisha DeShazo led the Indians with 20 points. DeShazo was 5-for-5 at the foul line to lead Catawba’s 17-for-22 effort from the stripe.

Anna Gardner scored eight. Emily Phillips was 2-for-2 on 3-pointers.

Sarah Jones scored 23 for the Eagles.

Then the Indians will be off for the Christmas break until they return to action at home against Wingate on Jan. 2