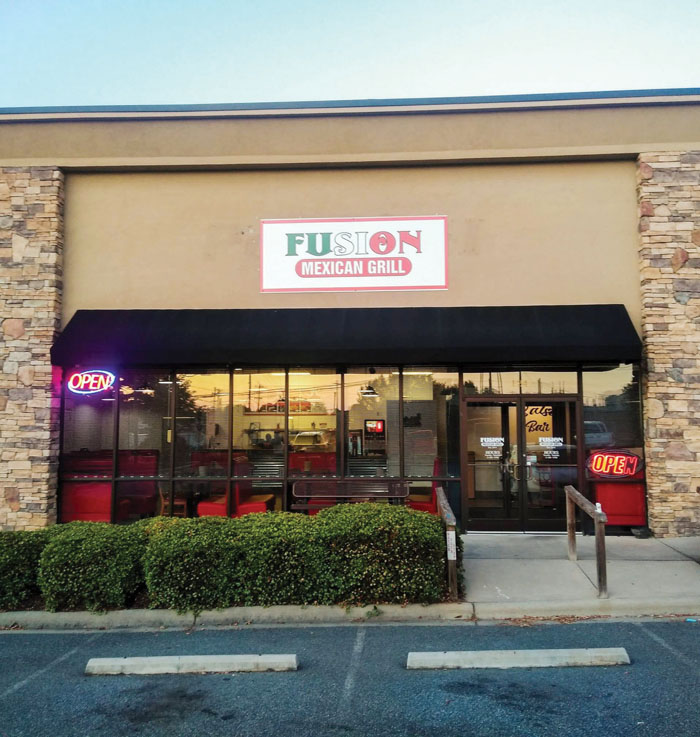 LANDIS – Gillie and Carolina Lopez opened Fusion Mexican Grill this past October, after dreaming of opening their very own restaurant for years.

The business is located at 124 West Ryder Street.

“This year I decided to give the business my all and quit my job in order to pursue what God had put in my heart,” Gillie said.

Gillie said that he was a self-taught chef who learned the bulk of his knowledge through opening Fusion Mexican Grill’s food truck back in 2014.

“I learned everything I know by just following my heart. I have learned from my mistakes too,” he said. “I’ve worked in the food restaurant business basically all my life.”

Gillie said before starting Fusion Mexican Grill he worked his way up in the restaurant industry from starting as a cook, to later becoming an assistant manager and eventually making general manager.

“Me and my wife have taken one of the biggest leaps of faith on this new journey but we know God will continue to have our back,” he said.

Carolina said the restaurant sells a number of items from burritos, to nachos, to tacos, to traditional Mexican sandwiches.

“We sell street style tacos, tortas, quesaritos, tres amigos, chicken and steak with rice, we have traditional handmade tortillas, quesadillas, fajitas, we have the fiesta which is a top seller, steak, chicken and more,” said Carolina.

Carolina said her husband Gillie was working in the restaurant business and wanted something of his own that he could do part-time.

“We (then) went to Virginia to purchase the trailer we housed our food truck in, we waited a few years to open up.”

Carolina said that upon opening the food truck it originally started gaining foot traffic in Mooresville and later gained traffic in the China Grove area.

“My husband knew that after working in the food industry for so long, that he wanted to see what he was capable of doing and that he always wanted dreamed of opening his very own restaurant,” she said. “His heart has always been in owning his own store.”

Carolina said when Gillie saw their location on West Ryder Street that he decided he would “risk it all.”

“We opened this year because the opportunity came by, since it worked out for us we went ahead and took the risk,” she said.

The business has a number of one of a kind items such as their “Fusion Fiesta” and their “Hot Cheeto Burrito”.

“Gillie came up with the idea for the Hot Cheeto Burrito, us as Hispanics, really love hot Cheetos,” she said.

Carolina said the two are eventually looking to add a number of enchiladas to the menu.

She said the business has a number of specials throughout the week such as “Taco Tuesday” and “Nacho Wednesday”.

“I enjoy seeing my husband happy and achieve his dream, if you work hard enough things can happen, never give up on your dreams,” Carolina said.