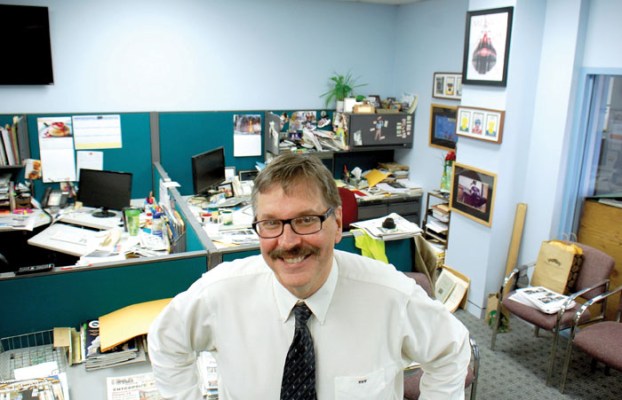 JON C. LAKEY/SALISBURY POST 5/3/2018 MArk Wineka near his cubicle in the newsroom at the Salisbury Post office.

Quotes of the week: ‘Sounds pretty boring until you start thinking’

“Being a reporter for a small town paper sounds pretty boring until you start thinking about what you’ve done.”

— Mark Wineka, a longtime Salisbury Post reporter and columnist who is retiring at the end of the year as a full-time staffer. Wineka plans to continue as editor of Salisbury the Magazine.

— Chamya Rawls, a Rowan-Salisbury Schools student who had a child at 16 and considered dropping out but is on track to graduate this month.

“It’s not for punishment. It’s to guarantee the appearance of a person in court.”

— Phillip Bradshaw, a Salisbury bail bondsman who spoke to the Post for a story published Sunday about the intricacies of bail bonds.

“Everyone was down on us, but somehow we kept capitalizing all season long. We deserved this.”

— Zae Clay, a defensive tackle on Salisbury High School’s football team after winning their regional title game and advancing to the state championship.

“It doesn’t take much to give a little bit.”

— Peggy K. Moon, who gave to the Christmas Happiness Fund this week in memory of her husband and her parents

“Not doing anything is the worst thing. We’ve got to continue to have conversations and consider all options.”

— Kevin Jones, who became school board chairman this week and was speaking about the renovation and/or replacement of Knox Middle School, which could result in the closure of Overton Elementary

Editorial: Landis primed for turnaround in 2020

This year has been a tumultuous one by any measure for the town of Landis, but the south Rowan municipality... read more