Wineka to retire from Post at end of year; Wilson hired as circulation director; Mention promoted 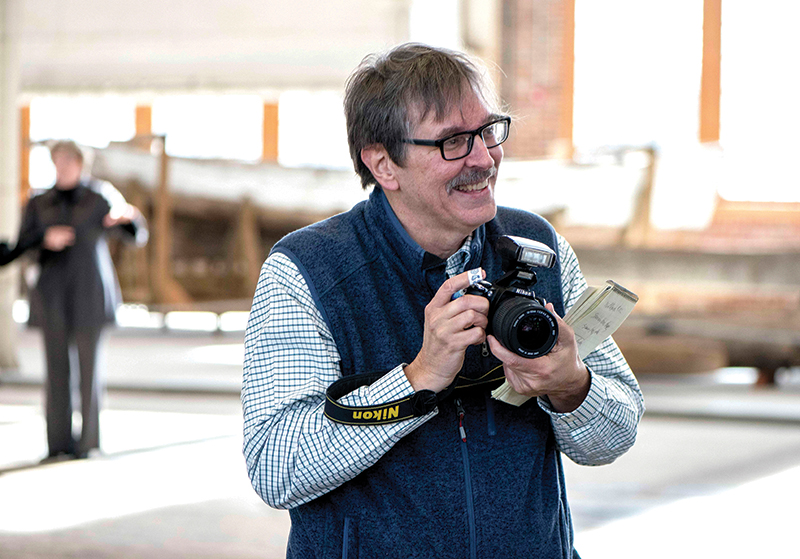 JON C. LAKEY / SALISBURY POST Mark Wineka taking photos for the Salisbury The Magazine. The 49 Days of Graditude celebration opening ceremony kicked of with an short parade through downtown Spencer that ended at the NC Transportation Museum. A Opening ceremony was held in the Back Shop building with several speakers, music and static display of the refinished original 40 & 8 Box Car. Spencer, North Carolina 2/9/19

SALISBURY — Longtime Salisbury Post reporter and columnist Mark Wineka will retire at the conclusion of 2019, the newspaper announced today.

Wineka, who joined the Post as a reporter in 1980, will continue as the editor of Salisbury the Magazine and plans to remain in the Salisbury area with his wife, Lindsay.

“Mark is a one-of-a kind newspaper man,” said Post Publisher Greg Anderson. “His superb story-telling ability has captured the attention and interest of Rowan County residents from day one. I am thankful Mark will stay on to lead Salisbury The Magazine.”

Wineka’s first full-time newspaper job was at the Kannapolis Daily Independent — a job he sought because his then-girlfriend’s family had recently moved to Stanly County. He followed the Independent’s then-Editor Jim Haney to the Sumter Item in Sumter, South Carolina, before returning to North Carolina and the Salisbury Post in April 1980 after three months in South Carolina.

In his nearly 40 years at the Post, Wineka has covered countless stories in Rowan County and beyond. And he’s worked in a range of positions, too: reporter, sports editor, associate editor, columnist and, most recently, magazine editor.

Wineka and his wife Lindsay have two sons, Sam and Benn, as well as two grandchildren and a third on the way.

Former Post Editor Elizabeth Cook has written a full profile about Wineka and his time at the Post that accompanies this story on A1 of today’s newspaper and online at salisburypost.com.

A reception honoring Wineka will be announced at a later date. 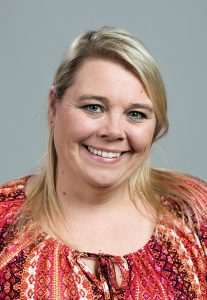 The Salisbury Post today also announced the hiring of Elisha Wilson as its circulation director.

Wilson, a Rowan County native, started as a paper carrier with the Post in 1997 and delivered newspapers in western Rowan County. She became a district manager for the Post in 2007, leaving in December 2014 to finish her bachelor’s degree at Catawba College, help her family’s businesses and spend time with her grandfather.

She graduated with honors in 2018, with a bachelor’s degree in business management and information systems.

Most of her career has been spent in management.

“It’s great to have Elisha back at the Salisbury Post,” said Post Publisher Greg Anderson. “Elisha brings a wealth of experience, capability and local knowledge. I look forward to working with Elisha to develop audience and top-notch customer service.”

She and her husband Robert Wilson live in the East Rowan area.. The couple has three children: Ryan, Caitlin and Dakota.

Her parents are Sam and Robin Black of Gold Hill. 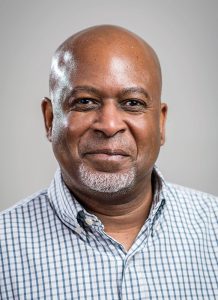 Mention, who joined the Post in 1997, lives in Spencer and is originally from Pleasant Hill, South Carolina.

“Behind the scenes there is ongoing coordination every single day. No one handles logistics better than Winfred,” Anderson said. “He makes things run smoothly. This promotion is well-deserved recognition of the value Winfred brings to the Salisbury Post.”

His began his career in newspapers in 1989 at the Coastal Observer in Pawleys Island, South Carolina. There, he handled display layout of the newspaper, coordinated classified display ads and managed sales of classified line ads. He also managed the sale of newspaper subscriptions.

In 1995, he moved to the Georgetown Times in Georgetown S.C., where he managed ad designers, worked on the advertising layout of the newspaper, served as a graphic artist and coordinated the press configuration.

Mention comes from a family of five brothers and four sisters. He has two children, William and Christina, and two grandsons, Vito and Christopher.