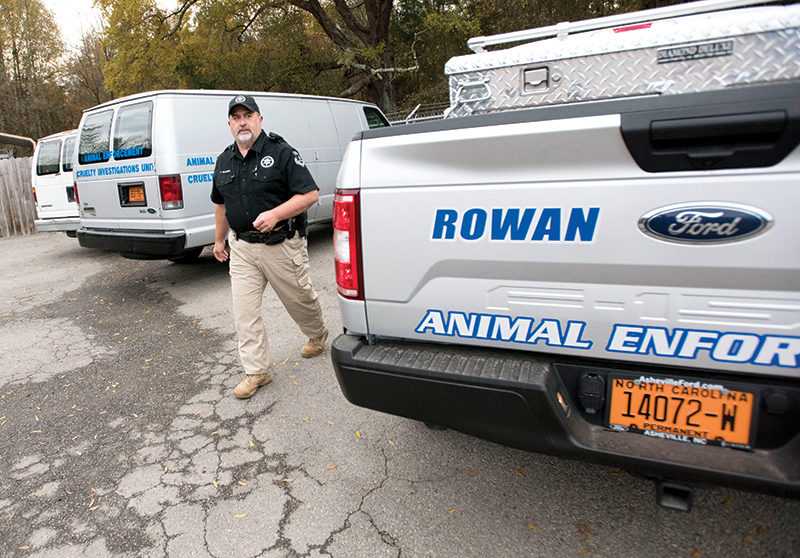 SALISBURY – When Eric Williams wakes up, he’s never sure what his day might bring.

Williams, an animal cruelty investigator for Rowan County, says his days might be drastically different, from a minor incident to one that might be life-threatening for an animal.

Calls, he said, typically involve a resident reporting that their neighbor is not feeding their dogs or that there isn’t a proper shelter for an outside animal. Unfortunately, there are often calls relating to animals being mistreated, Williams said.

“Many people don’t realize that their dog has to have a dog house. Some things are very obvious to some,” he said. “We want to educate and don’t do what we do maliciously. I will try to educate them.” 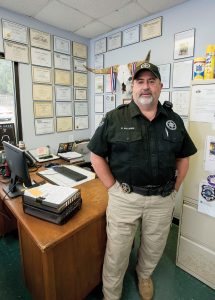 Williams began working in his role with the county in 2005, and “solely started doing cruelty calls” three or four years ago. He was working for Salisbury Moving and Storage when he saw the job opening up and “wanted to give it a shot.”

At the time, there was a show on Animal Planet call ‘Animal Cops,’ he said. It was a reality show series where cameras crews followed around cruelty investigators. And it was that show, in part, that inspired him to take the job.

“When you see so many animals being mistreated, it’s great to see them just brighten up when someone is just petting them, someone is getting them out of that cage,” he said. “Once they get back to the shelter, they are caring. You can tell when they start to really realize: ‘it’s OK now.'”

Then, all of a sudden, the animals are adopted by a loving family, and that’s “a good feeling,” Williams said.

It is “very rewarding” to see the process of an animal who was once neglected or abused become adopted.

“Finding animals good homes, where they are safe and secure and they can spend the rest of their life has to be the best part,” he said.

During his spare time, Williams enjoys traveling as well as taking day trips with his wife, Amy, and their three children — Caitlyn, EJ and Victor.

At the Rowan County Animal Shelter, at 1465 Julian Road, animals receive a microchip, rabies shot, bordetella vaccine and a dewormer, he said. It costs $80 to adopt cats or dogs, and adopters get a $70 voucher spay or neuter voucher with that.

The shelter has a barn area in the back that can house some livestock in, and use stables across the street at the fairground, he said.

For more information about services provided by the shelter, contact them at 704-216-7768.