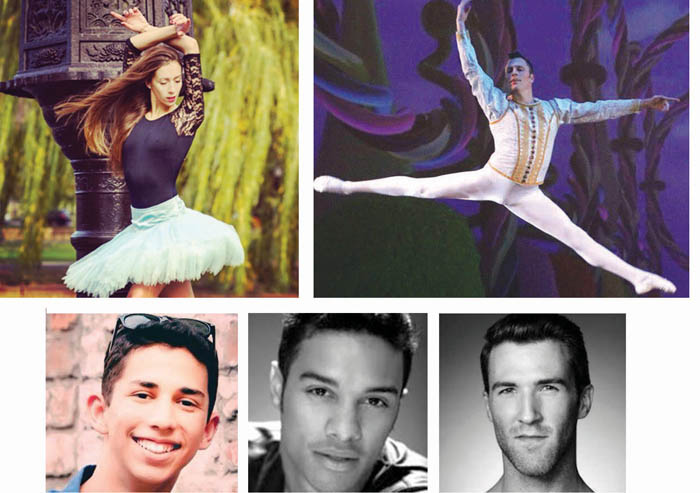 The beautiful Nutcracker Ballet returns to Salisbury this month, with a remarkably talented cast of impressive dancers and performers! Whether you are seeing it again or for the first time, The Nutcracker will capture your imagination and take you to a magical world of brave toy soldiers and dancing snowflakes. Set to the captivating music of Tchaikovsky, this classical ballet has enchanted audiences of all ages for more than 125 years.

This will be the 17th year that the Piedmont Dance Theatre of Concord has performed the classic ballet in partnership with the Salisbury Symphony Orchestra. Here are a few details about who to watch for in this year’s performance:

Rachele Buriassi, a native of Sarzana, Italy, received her dance training at the Ecole de Danse de Rosella Hightower in Cannes, France and the John Cranko School in Stuttgart, Germany. Upon graduation in 2008, Buriassi joined the corps de ballet of Stuttgart Ballet. During her six years with the company, Rachele was featured in many principal roles and promoted to soloist in 2012. In 2014 Rachele joined Boston Ballet as a soloist until joining Les Grand Ballets Canadiens de Montréal as a principal in the summer of 2019.

Samuel Chester began his dance training at the School of Carolina Ballet Theatre. He eventually joined the Carolina Ballet Theatre, where he performed as a principal dancer for 10 seasons. Mr. Chester is currently a professional freelance artist, and performs all over the world. Sam has guested with Charlotte Ballet, Ballet Spartanburg, Georgia Ballet, Springfield Ballet Company, Piedmont Dance Theatre, Hilton Head Dance Theatre, Barrend Dance Centre, Griffin Ballet Theatre, and was a principal guest artist with the Teresa Carreño Teatro in Caracas, Venezuela.

Danny Tidwell, born in Norfolk, Virginia, is best known for being runner-up on Fox’s third season of So You Think You Can Dance in 2007. Tidwell began dancing as a young child primarily focusing on jazz and contemporary styles. At the age of fifteen, Mr. Tidwell transitioned his training to classical ballet and began training at the Kirov Academy in Washington, D.C. Danny has performed in elite companies including the American Ballet Theatre and Norwegian National Opera and Ballet. Tidwell is currently the Artistic Director of Movmnt Magazine.

These talented guest performers will be joined by a huge cast of dancers and students of all ages from across the Piedmont in a magical performance that will be sure to kick off your Christmas Season with a smile.

The Nutcracker Ballet is presented by the Piedmont Dance Theatre in partnership with the Salisbury Symphony Orchestra on Saturday, Dec.21 at 6:30 pm and Sunday, Dec. 22 at 6:30 pm, at Keppel Auditorium on the campus of Catawba College. Tickets: Adults $25 to $45; students (ages 3 to 17) $17.50 to $25. See www.piedmontdancetheatre.com for details and ticket information.

Mack Williams: Fall color fail (at least where I…