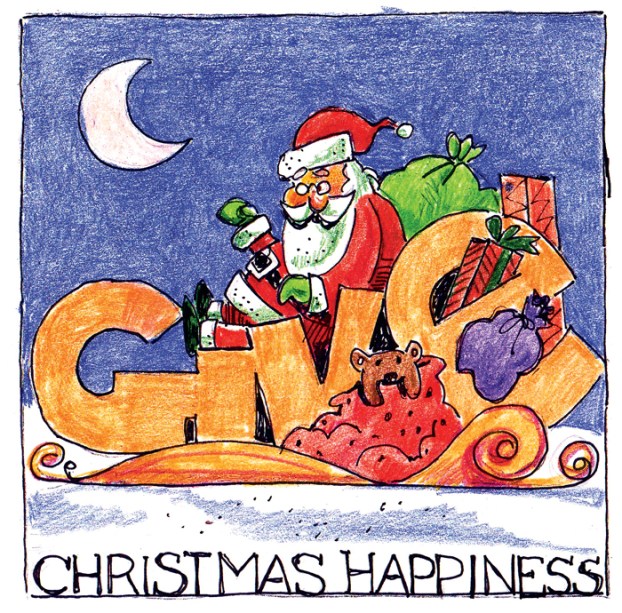 SALISBURY — Today would have been Todd Kimball’s 52nd birthday.

Kimball passed away in 1999 from cancer at 31 years old. Every year, his parents, Tommy and Carlene Kimball, donate to the Christmas Happiness Fund in their son’s memory.

The Kimballs donate an amount that would be their son’s age, then add in $100.

“God has provided for us,” Tommy Kimball said. “We want to help in a little way.”

Kimball said his son loved children, even before his cancer diagnosis at age 29.

He said when they would go out to eat, Todd would always find a kid and try to make him smile, generally by taking money out of his wallet.

By giving to the Christmas Happiness Fund, the Kimballs continue what Todd did before his death.

Tommy Kimball said the donation allows Todd to still make an impact on someone’s life, even though he is gone.

The donation also helps his former classmates and friends to remember him.

His memory lives on in the form of a small business Todd founded. Kimball Screen Printing was started in his parents’ basement in 1986. Tommy Kimball went to work for his son’s business. The business, which is in Granite Quarry, was later taken over by some of Todd’s high school classmates.

The Christmas Happiness Fund assists families in need during the holidays so they can buy Christmas gifts for their children. The fund was started 67 years ago by a Salisbury Post editor as a way to help the less fortunate in the community. The Salisbury Post collects donations, and the Salvation Army distributes the money to local families.

• In memory of Howard E. and Norma Jean Fetterman by their grandchildren, $250

• In memory of Earl C. Alexander by Carolyn Alexander, $100

• In loving memory of Jim, Sue and Mac Sample and Annette and H.B. Bryan by Sue and Sturges Bryan, $100

• In honor of the Rev. Robert Freeman for all his hard work by the Rowan County Senior Democrats, $100

By Shavonne Walker shavonne.walker@salisburypost.com SALISBURY — Each year, the Salisbury Post compiles a list of nonprofit organizations to help them... read more