‘A place that wasn’t a church but a house of God’: The Inn dreams big 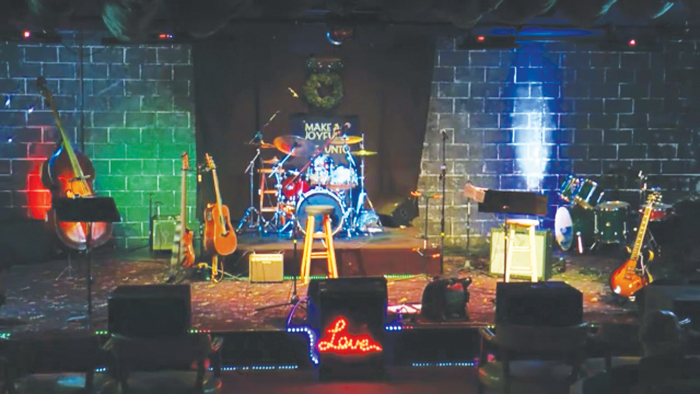 The Inn is owned by Tom and Janet Millspaugh and was previously on Mooresville Road. Submitted photo

SALISBURY – Tom and Janet Millspaugh were inspired by the parable of the Good Samaritan in choosing the name for The Inn.

The Good Samaritan was said to have had compassion for a neighbor who had been beaten down and took him to an inn to be taken care of.

“The Good Samaritan took him to an inn, for him to do whatever he needed to get him back on his feet,” Janet said.

The Millspaughs said they’ve always opened their doors to people in need of a “safe haven.”

“We wanted this to be a place for them to come, located in the community, and be safe,” Tom said. “We had a number of artists from different genres to perform. If it was Christian and clean, we let them do it for nothing — rap, bluegrass, Christian, metal.”

The Inn opened on Mooresville Road in 2006 with the goal to provide “a place that was not a church but a house of God,” said Tom.

“We actually started The Inn as a way to get away from the organized church. We were kind of fed up with the things that went on behind the scenes and all of the politics involved,” he said. “We wanted it open all the time instead of just Sundays and Wednesdays.”

After being forced to close and move out of the location, the Millspaughs are looking to relocate.

“We want to keep it the way it was,” Tom said. “It worked great. We’ve got about eight people on our board and took a vote. We all decided we want to keep doing this. A lot of good things have happened and people have come to the Lord through this. We’ve met people from all over the country. It’s a good ministry.”

The two dream of someone offering them the space needed to reopen the nonprofit organization.

“We’re looking for someone to give us a building. We sure don’t want to have to rent again and move again, so the optimum solution would be to own the building,” Tom said.

Tom said they previously opened their location to churches for services and that the previous location had more than 500 different music groups use the space in a 14-year span.

The nonprofit organization gives music artists the space to share their art and often hosts concerts. Artists who have performed there include Randy Stonehill, Pat Terry and Bernard Harris.

Tom said the business has even donated to groups such as Rowan Helping Ministries.

“This whole thing was for the glory of God,” Janet said.