Leonard Pitts Jr.: ‘Respect your local police — or else?’ 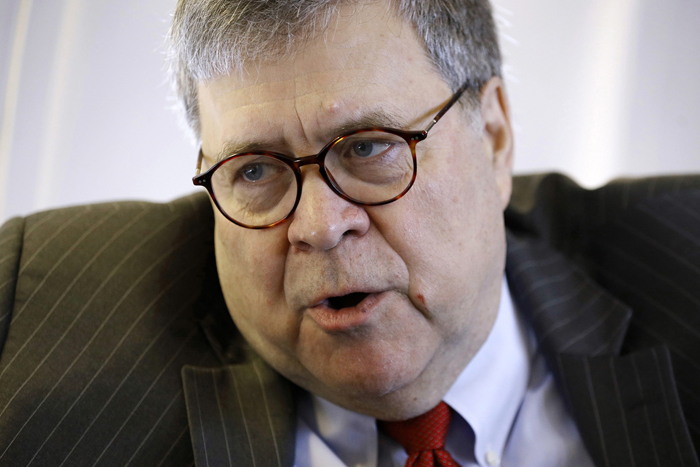 Let’s get two things straight right off the bat.

The first is that, in the past few years, no one has protested police wrongdoing more vociferously than African Americans.

The second is that no one has had more reason.

So when Attorney General William Barr complains about certain unspecified “communities” protesting against police, let there be no confusion over whom he’s referring to. This came in a speech at the Justice Department last week before an audience of cops and prosecutors. Barr compared protests against the Vietnam War a half century ago to those against police misbehavior now.

Americans, he said, “have to start showing, more than they do, the respect and support that law enforcement deserves.” He warned that “if communities don’t give that support and respect, they might find themselves without the police protection they need.”

But “respect your local police — or else?” Respect them or the next time you ask them to provide services to which you are entitled as a citizen and a taxpayer, they might — what? — refuse? And where is the First Amendment in all of this? Are we to accept that government will henceforth punish communities that exercise their right of protest?

Barr’s threat is superfluous evidence of the moral rot that has infested American governance since Jan. 20, 2017. It is also a deeply fascistic expression of contempt for the Constitution he purportedly upholds. Coming from the nation’s chief law enforcement officer, it amounts to a wink and a nod of implicit permission for bad cops to do bad things, knowing the government will always give them “respect,” regardless of their crimes.

But respect is a two-way street.

Where is the respect for our right to say that this is wrong?

Lord knows that it desperately needs saying, especially given that most police officers who do such things will never answer for their crimes, that prosecutors will refuse to indict or juries to convict. So that a badge and a gun amount to an implicit license to kill.

Again, no serious person disputes that good police are worthy of regard. But our blanket refusal to take seriously killing after killing after killing of unarmed African Americans, our insistence on holding these particular public servants above accountability, argue persuasively that Barr has it exactly wrong. He thinks we give police too little respect.

Truth is, we give them too much.