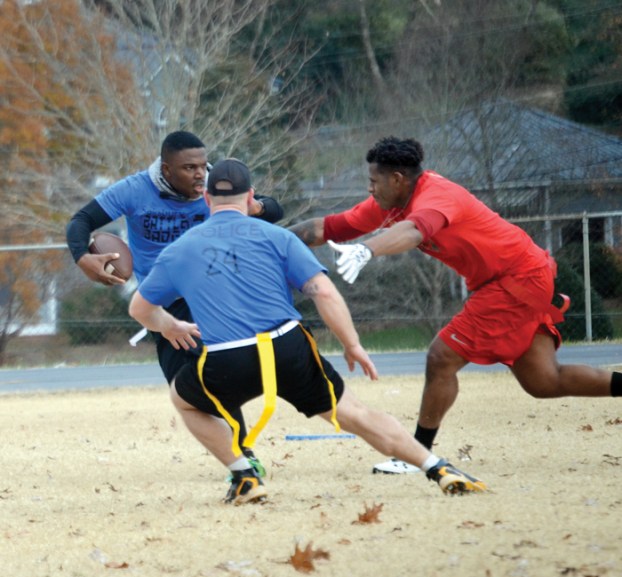 Quotes of the Week: ‘It’s good to have fun’

— Al Heggins, the former Salisbury mayor who was sworn in for a second term on the City Council on Tuesday and yielded the mayor’s office to top vote-getter Karen Alexander to step into the role of mayor pro tem

“I’m not a wealthy woman, but my mother taught me to be a giver. She was given much at a time of need in her life.”

— Barbara Thomason, 88, who donated to the Christmas Happiness Fund in memory
of her mother, Marva “Bill” Overcash Sherwood, and the aunt who helped raise her, Vonnie Bonds

“We left a lot of points on the field, so it was pretty ugly. But you’ll take an ugly win over a pretty loss every time.”

— Brian Hinson, football coach at Salisbury High School, after a 12-7 win over Hertford County last weekend to move on to the regional 2AA playoff finals

“I look at things a lot differently and cherish life a lot more now. I feel great. I’m living a pretty normal life from now on. That’s awesome.”

— Luke Morrow, 15, who underwent a kidney transplant after an organ donation by a
member of his church, teacher Angie Peterson

“People call cancer the death sentence; I call it a blessing.”

— Tonyan Grace Shoefield, who says her struggle with Stage 4 breast cancer helped her focus on life goals for her family and her business aspirations

— Lt. Steven Williams of the Salisbury Fire Department, who coached the firefighters team to a 35-35 tie in a flag football matchup with the Salisbury Police Department that raised a total of $700 for charity

If the Salisbury City Council hopes to do more than provide lip service to focusing on public education over the... read more