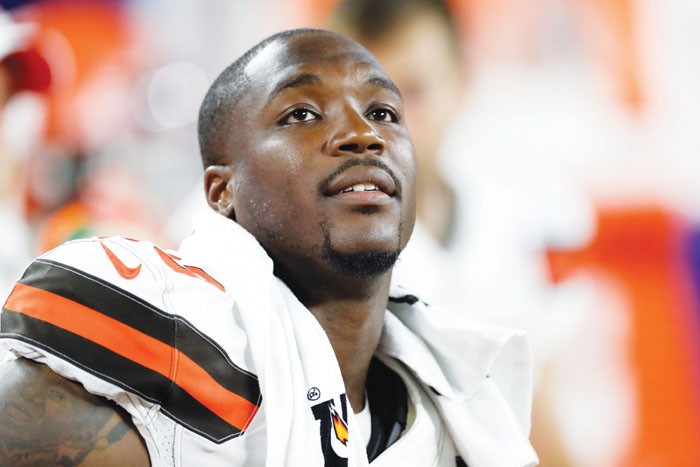 CLEVELAND (AP) — The Cleveland Browns on Tuesday released defensive end Chris Smith, whose girlfriend was killed in a roadside accident earlier this season.

Smith is from Mount Ulla and a former star at West Rowan High School. He played college football at Arkansas.

Smith spent the past two seasons with Cleveland. He did not play in Sunday’s loss at Pittsburgh despite the Browns being short-handed on the defensive line with Myles Garrett out due to an indefinite suspension.
Smith’s girlfriend, Petara Cordero, was struck and killed by a car on Sept. 11 while standing on the side of a highway after Smith’s car had swerved and crashed.
The 27-year-old Smith was not injured. He played against the New York Jets a few days later to honor Cordero, who had recently given birth to the couple’s first child.
Smith played in nine games this season. The Browns signed him as a free agent in 2018 after one season with Cincinnati. He played three years in Jacksonville.
The Browns filled Smith’s roster spot by signing defensive tackle Justin Zimmer off Atlanta’s practice squad.
The 6-foot-3, 300-pound Zimmer has been with the Falcons since 2018. He originally signed as a free agent with Buffalo in 2016.
Zimmer spent part of 2017 with the Montreal Alouettes of the Canadian Football League after being waived by New Orleans during final roster cuts.
Cleveland also released safety A.J. Howard from the practice squad and signed defensive end Trevon Young to the practice squad. Young was drafted by the Los Angeles Rams last year out of Louisville.
___
More AP NFL: https://apnews.com/NFL and https://twitter.com/AP_NFL