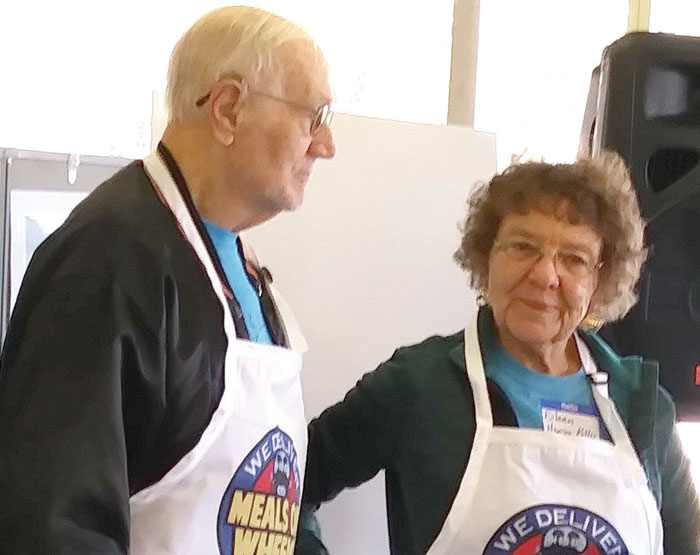 At the 43rd annual meeting of Meals on Wheels Rowan, volunteers were recognized and received awards and a new board of directors was named.

Irene Beyer received the Connie Basinger Award, named after a director and president from 2006 to 2018. Beyer was cited for her help with the AniMEALS program, the lobster sale and barbecue fundraiser, and financial stewardship.

President Tom Robinson highlighted the work of the board in implementing and revising policies. He thanked the community for supporting events that helped Meals on Wheels including a concert by Motel Soap, the firstArts Concert for Community Collaboration, the N.C. Artists Guild Art Show benefit, the Cheerwine Festival and Rockwell Faith Community Walk for Hunger.

Robinson said Meals on Wheels should be encouraged by the participation and support from the community for two new efforts this year. Fuzzy Buddies Fun Day and Fill Our Tubs for AniMEALS, sponsored by Hughes Plumbing, Kim Hardiman Designs, and Barnhardt Jewelers, collected donations of pet food for the pet companions of homebound seniors. September Sip, Sup and Shop, chaired by Teresa Casmus, raised almost $4,000, which is enough to support meals for two of participants for one year.

Rob Miller’s treasurer’s report showed Meals on Wheels is ending the year in “the best financial shape that we have been in for the past six years.”

Nationally, the local program was selected as one of 19 agencies to participate in the More Than a Meal pilot project. He cited the work of Sandy Combs and Suzanne Weber in training and encouraging volunteers in the use of the Mobile Meals App on five test routes.