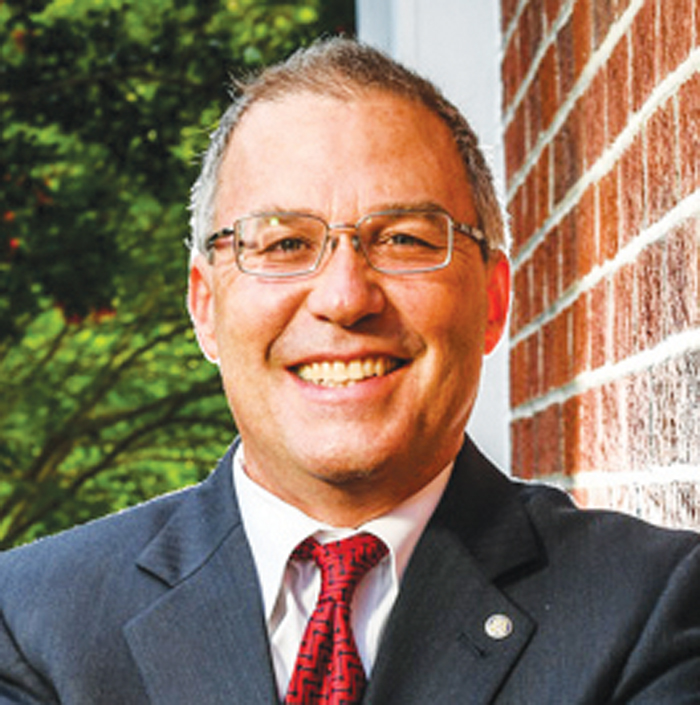 Cabarrus County attorney Jay White has announced his run for the legislative seat in the newly drawn N.C. House District 83.

Larry Pittman, a Republican, currently representative the district. White is challenging him in the Republican primary.

“I am seeking the Republican nomination for House District 83 because my experience and my proven record of leadership and community involvement will enable me to serve our district,” White said in a statement. “The people of the 83rd District are my friends; you are my family. Together, united by our shared values, we can make Cabarrus County and North Carolin a better place for ourselves and our children.”

White served on the Cabarrus County Board of Commissioners for two terms and was chairman for six years.

The new District 83 does not include parts of Rowan County in new district maps. It previously included Landis and China Grove.

Pittman has said he will run for re-election one more time. Before new districts were drawn, Gail Young announced she would be running as a Democratic candidate for the seat.

Brad Jenkins also announced that he would challenge Pittman in the Republican primary. After the redistricting, Jenkins, who lives in China Grove, suspended his campaign.

In his news release, White said: “Mr. Pittman has made national headlines for calling for the resumption of public hangings and comparing President Abraham Lincoln to Adolf Hitler.”

The primary is March 3.

There is strong support among North Carolina residents to keep Confederate statues and monuments on public property, even as another monument at the center of a prolonged legal battle has come down, according to a survey by the Elon University Poll released last Wednesday.

The poll was released the same day a Confederate statue in downtown Pittsboro in Chatham County was removed from in front of the county courthouse. That came after recent court rulings and clashes among demonstrators.

Elon’s survey of nearly 1,500 North Carolina residents found that nearly two-thirds (65%) believe that Confederate monuments should remain on public, government-owned property, such as in parks, city squares and courthouse grounds. The remaining 35% say the monuments should be removed.

“Our findings suggest that a compromise might have broad support in local communities grappling with controversies about Confederate monuments,” said Jason Husser, director of the Elon University Poll and associate professor of political science. “While we found a substantial majority do not want the monuments removed from public property, we found an even larger majority who support efforts to add context through historical plaques.”

Asked about the impact that removing Confederate monuments would have on race relations, 35.5% said they believe taking the monuments down will “mostly hurt” race relations while 25%  said it would “mostly help.” The largest segment — 40% — said it “does not make much of a difference.”

The survey also explored opinions about Confederate flags and symbols and the level of knowledge about the Civil War.

The survey of 1,467 North Carolina residents was conducted Nov. 4-6 through an online opt-in sample marketplace. The margin of error is 2.8%.

Entities such as the 2020 Republican convention in Charlotte, the Democratic convention, NASCAR, the NFL and the National Hockey League all require terrorism risk insurance for their facilities.

The Terrorism Risk Insurance Program was established in response to the scarcity of affordable insurance coverage for the risk of terrorism in the wake of the attacks on Sept. 11, 2001. The program has improved the availability and affordability of terrorism insurance coverage in the marketplace through a public-private partnership that allows the federal government and the insurance industry to share losses in the event of a major terrorist attack.

The Terrorism Risk Insurance Act, which was enacted by Congress in November 2002, ensures that adequate resources are available for businesses to recover and rebuild if they are the victims of a terrorist attack. Under TRIA, all property and casualty insurers in the U.S. are required to make terrorism coverage available.

“I want to thank Chairman (Mike) Crapo and the Senate Banking Committee for making reauthorization of the Terrorism Risk Insurance Program a priority,” Tillis said. “This important program, created in the wake of the 9/11 attacks at no cost to taxpayers, protects North Carolina’s economy and provides peace of mind to the private sector by providing insurance protections.”