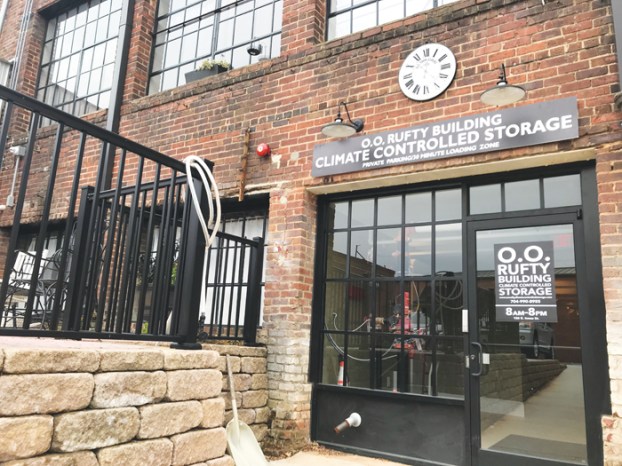 SALISBURY – Attorneys can store records, college students can store their belongings when they go home for the summer, and couples who are downsizing can store their keepsakes at a new business in downtown Salisbury.

The storage facility owned by Michael and Diane Young stands at more than 3,000 square feet at the rear of 126 E. Innes St.

The Youngs have partnered with Easy Storage Solutions, a software company that caters to small storage companies.

The facility can be used to house important documents, antiques, family heirlooms, furniture and more.

“We’re working toward downtowners, business owners who have seasonal inventory, other downtown residents, and those that have too much and need to store for a year before they move on, and also people who are doing construction,” said Michael Young.

The business aims to be a place where people can store their belongings during transitional phases, such as moving into a new home or renovating a business.

The couple purchased the property  in 2017 and have completed a number of renovations.

In addition to the basement storage units, the building has six apartments and a large retail space occupied by Hive, a retail store that specializes in local handmade goods.

“This is an investment for us,” Diane Young said.

According to the Youngs, the three-story property is a total of more than 12,000 square feet. Besides the storage units and one commercial space, it has three one-bedroom apartments and three two-bedroom apartments.

“We’re the only country in the world where we keep our cars in the driveway and our treasures in the garage,” said Michael. “Hopefully, though, homeowners will empty out their garages.”

The couple has called Salisbury home for 33 years.

“Most people who have been interested in renting a storage facility have been utilizing them for personal use and getting clutter out and toys out of their apartments. That is a big part of it,” Michael said. “There will soon be a demand from tons of professionals for document storage. I am curious to see how this climate control thing is going to work out.”

“Humidity is a big problem in the South. If you have anything that could be damaged by humidity, that’s huge,” Michael said. “You won’t have to worry about that in this space.”

Diane said “seeing the finished product” and watching the progress was her favorite part of the business venture.

The building had been operated as O.O. Rufty’s General Store since the early 1920s. It was extensively damaged by fire in 2015.

Renters are assigned a code that gives them access to the storage facility.

For information about pricing, availability and storage unit sizes, contact Michael and Diane Young at 704-990-8995 or go to www.ooruftyclimatecontrolledstorage.com.

Salisbury to be backdrop for indie crime thriller

SALISBURY — The film “Goodbye, Butterfly” will be shot in Salisbury on Dec. 2-22. According to the independent producers, the... read more