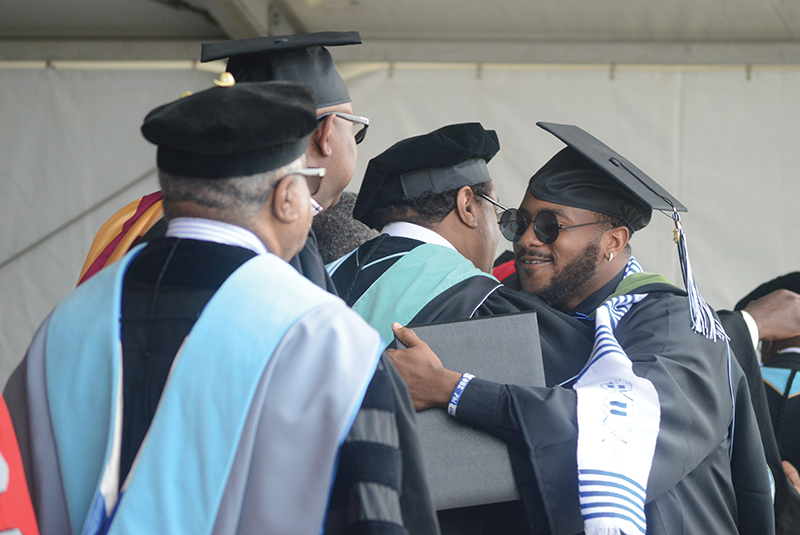 Many high school seniors and their parents are already asking themselves “what schools are worth it” when choosing colleges to apply to.

Because of data released by the U.S. Department of Education last week, that question may be slightly easier to answer. At a minimum, students have more data inform their choices.

The department on Wednesday released first-year median earnings of graduates from schools across the country broken down by program level. Included are two-year programs like those at Rowan-Cabarrus Community College and four-year degree program from Livingstone and Catawba colleges.

While each situation is different, students and parents can also use program-level debt information made available earlier this year to add to the wealth of information they’ll consider before choosing a college. Both earnings and debt are available via the College Scorecard portal at collegescorecard.ed.gov.

So what do the data say about programs at colleges in Rowan County?

Rowan-Cabarrus Community College’s associate’s degree in nursing had the highest earnings of programs at local colleges, with $48,900.

The top-earning program at Livingstone College was the school’s bachelor’s program in criminal justice and corrections, with median earnings of $24,200.

The data also lends credence to Rowan-Cabarrus’ arguments that its students graduate with less debt and earn more immediately after school.

Meanwhile, data also show that the median income of students in all three of Livingstone’s available programs earned less per year immediately after graduating than total debt they incurred. Graduates from the school’s social work program, for example, had median debt of $44,250 and median earnings of $14,500.

An important caveat is the Department of Education did not have relevant data about all college programs offered locally. So, at Rowan-Cabarrus, nine of 59 fields of study had relevant earnings data. The same number was four of 36 at Catawba and three of 24 at Livingstone. At both Catawba and Livingstone, the Department of Education had more data about graduate debt than earnings

It’s also necessary to say the median result — the middle number, not the average — does not determine the success of all students and that a degree isn’t “worth it” just because a student does not have a good job within one year of graduation.

It was good to see Secretary Betsy DeVos say in a news release announcing the new data that the department simply hoped to provide transparency and that “every student is unique.”

Students who already faced structural barriers to get to college would naturally face barriers in getting a good job right out of college, too.

But the earnings data is still important, and there are useful comparisons to make between similar local programs. An associate’s degree in business at Rowan-Cabarrus, for example, does not come with earnings as high as Catawba’s bachelor’s degree program. The criminal justice and corrections program at Rowan-Cabarrus comes with median earnings of $37,000 while the same program at Livingstone College is more than $10,000 lower than that. Median debt for an associate’s degree in liberal arts, general studies and humanities is lower than a bachelor’s degree in the same field.

The earnings data on the College Scorecard should certainly not be the final decision-maker about which colleges high school seniors or graduates choose. The data, however, can become a useful piece of a holistic discussion about which school is best. Data can also be used by faculty to determine whether improvements are needed in how schools serve students