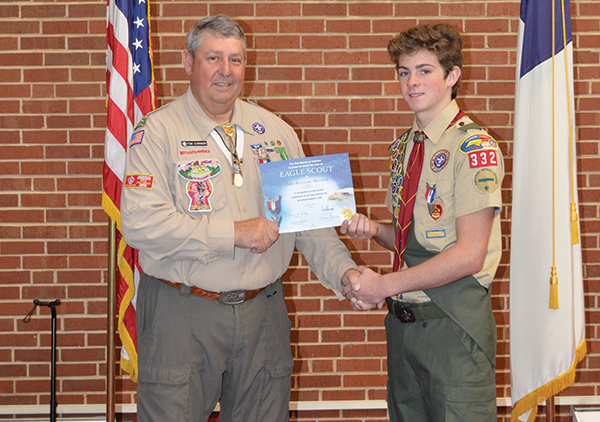 Luke is part of Troop number 332, with Tommy Carriker as his Scoutmaster and Vanderburg United Methodist Church as his sponsor.
Luke is 16 years old and an eleventh grader at West Rowan High School. He is the son of Eric and Angie Harrison.

Luke has been a successful student and athlete while working on his Eagle award. He has maintained a 3.5 GPA in his honors classes. He has been an integral part of the West Rowan High School cross county, wrestling and track teams, all of which have been awarded county and conference championships. Luke remains active in his Troop, helping the other scouts.

Luke would like to thank his dad, Eric, also an Eagle Scout, and Troop 332, especially the late Seth Overcash, for their love and support.