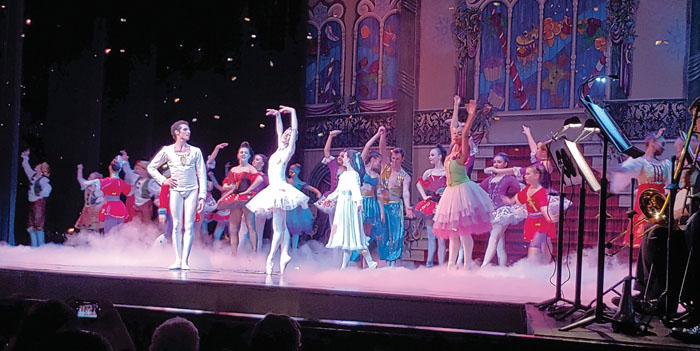 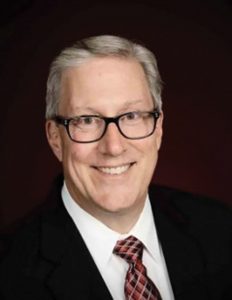 When my wife and I first moved to Salisbury in 1993, we brought with us two young daughters — a second grader and a preschooler — who at first found our move from big-city Winston-Salem to Salisbury to be a little unsettling.

As we drove downtown one winter evening, my youngest one pointed to the lighted “Spanky’s” sign and innocently asked “Dad, what do they do there?” My wife looked at me disapprovingly as I replied with a mock-serious look, “Oh, honey… don’t ask me that! You don’t want to know.”

One of the things we missed the most about living in Winston-Salem at the time was the annual performance of the Nutcracker Ballet at the Stevens Center. The Nutcracker Ballet had a profound influence on both of my young daughters, inspiring them both to join dance classes after we moved to Salisbury.

So it was a big deal when we later discovered that Salisbury had gained its own Nutcracker Ballet performance! In 2003 the Salisbury Symphony partnered with the Piedmont Dance Theatre in Kannapolis to bring the timeless Ballet to life at Keppel Auditorium right here in our hometown.

We attended one of the first performances and were amazed and delighted all over again at what we saw. It seemed to us that it was even better than we remembered it back in Winston.

More recently, my wife Gayla and I finally got around to seeing The Nutcracker at Keppel once again, and again we were amazed and delighted by the touching story, the fabulous costumes, the inspiring music of a full symphony orchestra, and of course, the large cast of incredibly talented dancers.

But the thing we least expected was that we were actually surprised by much of what we saw. After all, hadn’t we seen The Nutcracker before?

I was curious enough to seek out Rebecca Wiley, Artistic Director for the Piedmont Dance Theatre, and she confirmed what I suspected… that they do deliberately “change things up a little” every year, to “keep the performance fresh.”

Watching the performance each year is a little like opening a Christmas present. You may THINK you know what’s inside, but there is always a bit of a surprise when you least expect it.

In addition to being surprised by each year’s production, it is a thrill to realize that you’re probably sitting in the audience next to parents and families of one or more of the dancers. Those folks have been waiting all year to see their daughters (and sons) dance in this performance, and you won’t find a more enthusiastic audience for any event anywhere.

I miss my kids terribly, of course. They’re grown now, and they both live with their young families hundreds of miles from Salisbury. I suppose I should wish each of them had a Nutcracker performance for their children to see in their own hometown communities, but I think this year instead I’ll just wish for them to come home for Christmas and see the Nutcracker here in Salisbury with Gayla and me.

Maybe we’ll even go to Spanky’s. And who knows what will happen there?

The Nutcracker Ballet will be performed on Saturday, Dec. 21 at 6:30 p.m. and Sunday, Dec. 22 at 2:30 p.m. at Keppel Auditorium, on the campus of Catawba College, 2300 W. Innes St. Tickets are available at piedmontdancetheatre.com

Bill Bucher is the Executive Director of the Salisbury Symphony.