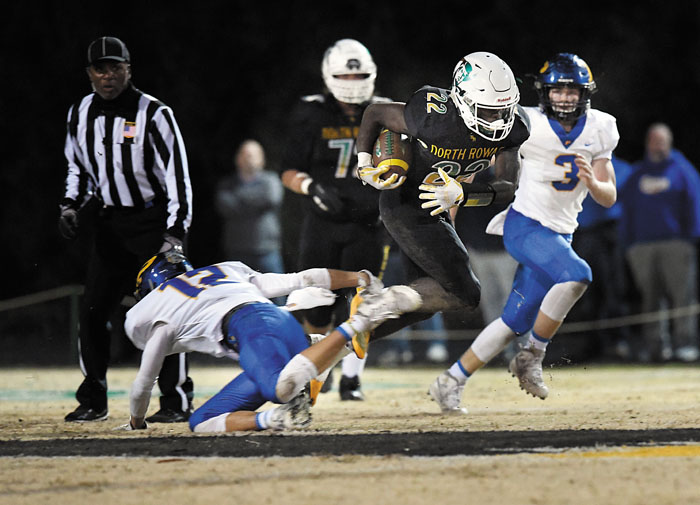 The three Rowan County high school football teams in the state playoffs all won second round games on Friday night.

Salisbury (11-2) traveled to Washington, N.C., and dominated the home-standing Pam Pack, 32-12. The Hornets built a 32-0 halftime lead, and basically, coasted in the second half. Next week, Salisbury, the No. 7 seed, will head east again to battle No. 6 Hertford.

Check back later to salisburypost.com for individual stories on the three games.