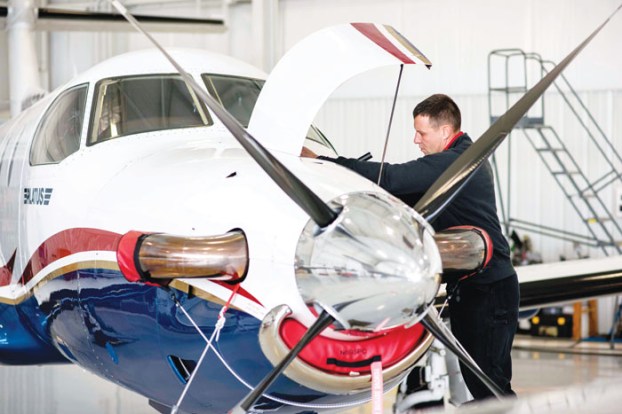 SALISBURY – A company that moved to Rowan County in 2015 and for which the county built office space has terminated its lease at Mid-Carolina Regional Airport.

Strategic Moves, a private aircraft charter company, ceased operations at the end of October and will vacate its hangar lease agreement because of “financial difficulties and the loss of clients.” County government, which owns and operates Mid-Carolina Regional Airport, will begin looking for a new tenant immediately, said Airport Director Valerie Steele in a phone interview.

Strategic Moves, owned by Steven Setzer, moved to the airport in 2015 after commissioners agreed to build an office next to what was then the airport’s largest hangar. The company leased roughly 4,200 square feet of office space.

The county will have access to the hangar on Dec. 1, Dees said.

“Strategic Moves and the county worked respectfully and professionally through this process, and the county looks forward to working with future potential tenants of this hangar,” he said.

The company was based in Statesville before moving to Rowan County. Strategic Moves had locations in South Carolina; North Carolina; Virginia; Colorado; British Columbia, Canada; and Finland.

County commissioners Chairman Greg Edds said in 2015 that the company would add 15 to 17 jobs to Rowan County. Efforts to reach him Wednesday were unsuccessful.

The county committed $50,000 in “up-fit assistance” to help with the move in 2015. in addition to paying several hundred thousand dollars for the office space. The $50,000 included fixtures, including a hazmat shower, inside the hangar.

Setzer called Rowan County the “right location for his company headquarters” in a 2015 news release.

The business has been open since February 2002. It specializes in managing privately owned airplanes and provides pilots, concierge services, administrative record-keeping, and aircraft cleaning and detailing.

“Thank you for your patronage and loyalty over the last 15 years as clients of Strategic Moves,” said a statement on the company’s website. “Strategic Moves has discontinued operations as of Oct. 31. Many of our clients have transitioned to Davinci Jets, who are capable and excited to provide an excellent level of service.”

The agreement terminating the ease was signed by Strategic Moves manager Bounsana T. Senekham and dated Nov. 7. It was approved by the county commissioners at their meeting Monday.

Setzer and other representatives of Strategic Moves could not reached by deadline.