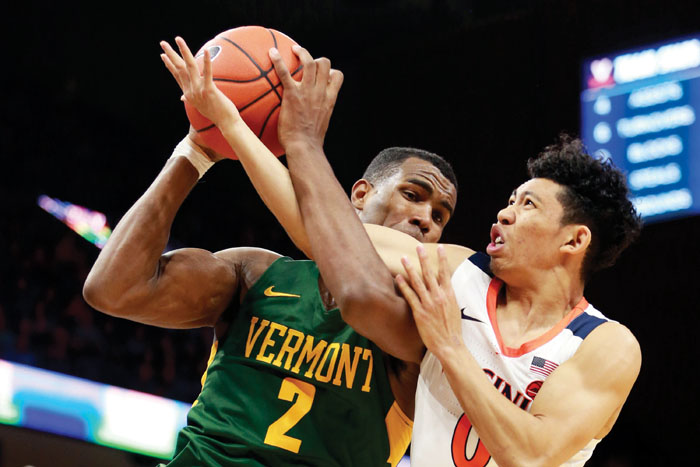 Markell Johnson added 16 points for the Wolfpack (4-1), who scored the game’s first 11 points on the way to their fourth consecutive win.

Jericole Hellems had 12 points and D.J. Funderburk had 10 for N.C. State. The Wolfpack shot 54 percent from the floor and scored more than 80 points for the fifth consecutive game to open the season.

Deshaw Andrews scored 17 points to lead Alcorn State (1-4), which made 8 of 15 3-point attempts. Corey Tillery added 15 points and Troymain Crosby had 11 for the Braves.

The Wolfpack led 44-32 at halftime and opened the second half with a 13-4 spurt to pull away.

N.C. State never led by fewer than eight points after its 11-0 run to start the game.

N.C. State: It was another uneven effort for the Wolfpack, who still haven’t put together 40 minutes of consistent effort and efficiency this season. After scoring on 13 of 15 possessions during one stretch in the first half, N.C. State managed just six points in the final six minutes before halftime.

The Cavaliers (4-0) trailed before Diakite’s basket gave them a 50-49 lead with 5:12 left and sparked a 9-0 run. Jay Huff scored twice in the spurt and Braxton Key hit a 3-pointer as Virginia held the Catamounts scoreless, and forced four turnovers, in a nearly four-minute span.

Lamb scored 30 for Vermont (4-1), including 25 in the second half, to nearly match the point total of the Cavaliers’ first two opponents of the season, who each managed just 34 points.

Kihei Clark scored 15 points and Key had 14 points for Virginia.

Virginia led 24-18 at halftime, but Vermont used a 10-2 run to start the half to take its first lead since the early going. Lamb had seven points in the run, including the last five, and tacked on his team’s next 12 points with four 3-pointers as the score was tied five times.

Vermont: The Catamounts hang their hat on defense, too, and came into the game with a 107-9 record since the 2011-12 season when holding their opponents to 60 points or fewer

Virginia: The Cavaliers’ defensive excellence has been essential early in the season as they still are struggling to find an offensive rhythm. Highly regarded freshman guard Casey Morsell came into the game having made just 2 of 21 field goal attempts and was 1 for 6. Virginia has made 21 3-pointers in its first four games and allowed 31, including 12 by the Catamounts in 33 attempts.