SALISBURY — The attorney for a Power Cross Ministries coach who is accused of allowing one child to beat up another while he watched denies the allegations.

The Salisbury Police Department charged Anthony Darnell Shegog, 24, of the 100 block of South Metropolitan Avenue, Statesville. He was arrested Saturday after an extensive investigation that stemmed from a September complaint from a parent, police said. 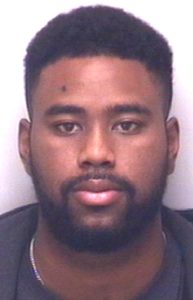 On Sept. 24, a mother filed a complaint with the Salisbury Police Department saying that her 10-year-old son was beaten up by an 11-year-old boy. Both boys take part in regular activities offered by Power Cross Ministries in Salisbury, said police Detective Russ DeSantis. Power Cross is a mentorship and ministry program that serves boys with a focus on sports.

According to Statesville attorney Kenneth Darty, who represents Shegog, the accusations came about after a dispute between the mother and Power Cross Ministries. When the dispute was not resolved in her favor, she went to law enforcement, Darty said.

DeSantis said the 10-year-old victim, along with others, witnessed a fight among some older boys. The boy said Shegog approached him to ask why he did not report the fight or break it up. One of the reasons, the boy said, was that it was a fight among older boys.

According to an arrest warrant, Shegog told the boy, “What if I just watch you get into a fight?”

Darty said that account is not true. He said evidence shows his client asked the boy, “How would you feel if someone just stood around and watched while you got into a fight and not protected you?”

DeSantis said after looking at a video and talking with the boys involved, police determined Shegog told “a much bigger boy” to get answers about the fight from the victim.

According to the older child, Shegog told him to do anything to get the 10-year-old to say what happened during the fight, DeSantis said.

Darty said Shegog acted as any coach would have done and tried to figure out what happened after the fight because none of the boys was talking.

The older boy went into an office where the 10-year-old was and punched him several times while Shegog watched from the office window, according to police.

Shegog told police he did not tell the child to hit the 10-year-old, but police said Shegog watched the two boys and did nothing to stop the assault.

Darty said there’s nothing that the investigator found that proves his client sat and watched another child get assaulted.

Darty said Shegog never looked through a window. The boys were inside an office with the door open and Shegog did “check on them to make sure there was nothing going on other than them talking.”

“He didn’t find out about the alleged assault until he got a call from one of the parents,” Darty said of his client.

“There is no evidence whatsoever that this kid just walked into this room and just assaulted another kid for two minutes,” Darty said. “I’m extremely concerned that a member of law enforcement would communicate this information to anybody.”

Darty said the mission of Power Cross is to protect all children. The attorney believes investigators sensationalized the incident.

DeSantis said the boy did not have serious injuries. After the investigation, Shegog was removed from the Salisbury Power Cross location and assigned at the Statesville location, DeSantis said.

Darty said his client is a Christian man who has never been charged with a crime.

“He is a tremendously fine young man who played football at Virginia Tech. He was a member of Fellowship of Christian Athletes. He is a kind person, and no one at Power Cross, including Anthony, would intentionally put a child in danger,” Darty said.

He said the older child’s parents are upset that he would be painted in such a negative light.

Shegog has given a written promise to appear in court Dec. 11.

“Mr. Shegog does not intend to enter a plea of guilty in this matter. He maintains his innocence, and we welcome the opportunity to try this case in a court of law,” Darty said.

Asked about his client’s status as an employee of Power Cross, Darty declined to comment.

Shegog is listed as director of football operations, according to the ministry’s website.

By Shavonne Walker shavonne.walker@salisburypost.com SALISBURY — A Salisbury man was charged with possession of methamphetamine after a tip led officers... read more