My Turn, Anthony Smith: Go for the win-win at Knox, Overton 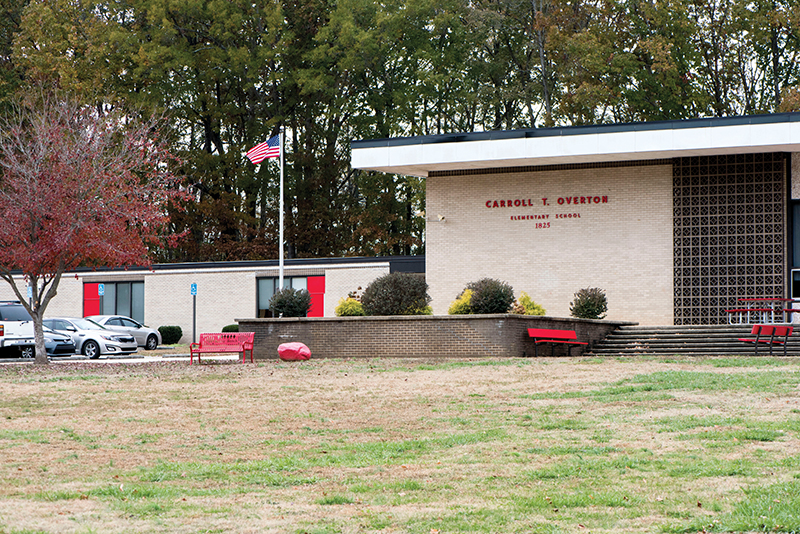 I have two granddaughters that attend Overton Elementary School. As their grandfather (they call me Grappy), a major part of my life these days is to make sure they have stability, safety and an environment circumscribed by an overabundance of care.

Their grandmother (GiGi) and I have worked hard to make this a reality in our home, and we have found this at Overton.

At Overton, our family has found an extended family of administrators, teachers and children that care for them deeply and are committed to their development as little people. This little world of care we have fostered and cultivated for our granddaughters appears to be under serious duress with the recent news that the Rowan-Salisbury School System plans to dismantle Overton.

The plan to disperse children, many of whom already come from food deserts and under-resourced vulnerable communities due to long-standing social inequities, seems to give more momentum to forces that add to an already pervasive instability in the lives of several children. There will be a disproportionate number of children caught on the merry-go-round of systemic inequity, living in various forms of trauma and poverty who will now be sent into further instability.

Who wants this? I am confident that parents, family members, caregivers, teachers, school administrators do not want this for the many children of Overton.

I also believe that neither our elected school board, the superintendent nor the larger school district wants this for our children. That is my basic hope.

In situations like this when there appears to be an abundance of good will on all sides of the debate, the path forward is the win-win. The coalition forming to stop the closing of Overton has not ended its work with the simple demand to leave Overton alone. We have given a rational, fiscal and we believe an equitable solution: build a K-8 school on the property that currently holds both Knox and Overton. This will eliminate the significant impact on children, families and the surrounding neighborhoods and also address the many fiscal concerns of the school district and board.

“What’s gonna happen to Euna, Grappy,” one of my granddaughters asked.

Euna is one of my granddaughter’s classmates. As her sister, a first grader, brought her little bossy self into the kitchen, laid down her backpack and sat at the table she said, “Grappy, that’s my school. They are taking my school away. What’s gonna happen to my friends, my teachers, Grappy?”

A kindergartner and first-grader should not have to ask such questions nor be burdened by the weight of these larger issues, especially when the win-win is in our grasp.

To take action: show up to the school board meeting Monday at 5 p.m. and show your support for Overton.

Smith, affectionately known as Grappy by his granddaughters, is a pastor and activist in Salisbury.