‘Still cinders in the corners’: At last update, United Way hits 95% of goal 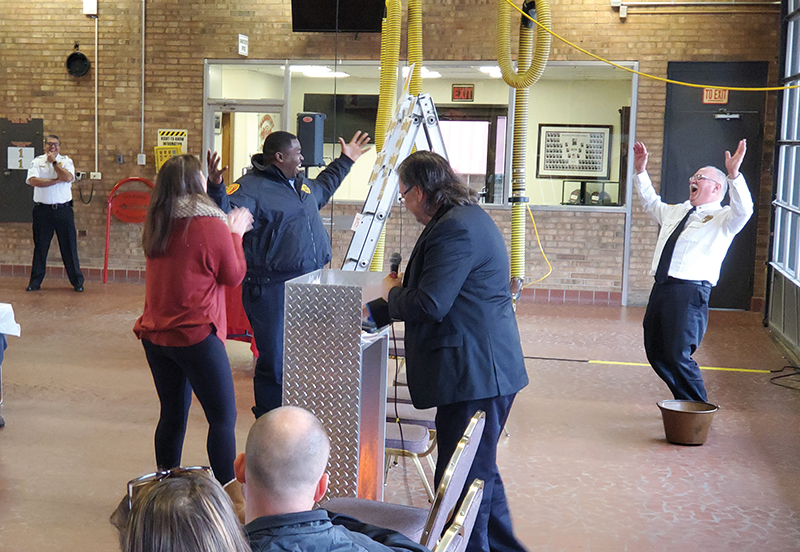 SALISBURY — The United Way’s 2019 campaign still has work to do.

By its final update on Friday, the campaign had raised $1.4 million or roughly 95% of its goal for local programs that address mental health, substance abuse, healthy lifestyles and basic needs. To hit its original goal of $1.525 million, the campaign needs to raise $82,465, something the agency hopes to do before Thanksgiving.

But United Way Campaign Chairman Bob Parnell has increased the goal at each update to correspond with the number of services calls received by Rowan County Emergency Services for overdoses and suicides. That’s added another $1,267 to this year’s campaign.

And Parnell said Friday that he wouldn’t be satisfied until the campaign raises its last 5%.

“If I got a 95% on a really tough exam, what letter grade would I get? I’d get an A,” Parnell said. “Firefighters, if we went to someone’s house that was on fire, and we extinguished only 95% of that fire, how happy would our community be with us? So, y’all can be satisfied with your A … I’m not satisfied.”

Nine of the campaign’s 13 divisions have topped 100% of their individual goals, with the best-performing ones being public employees at 121% and community business at 119%. The presidents division, though, has raised the most money for this year’s campaign — $267,022.74, which is 102% of its goal.

United Way Executive Director Jenny Lee said this year’s campaign, the first under the agency’s community impact model, has been “a beautiful process to be part of” because fo the faith that the community has shown in not-yet-determined destinations for their funding.

“You just have to be grateful because they’re taking a chance on us,” Lee said. “I know on the inside that everything that will be presented to our board is exactly what this county needs, but not everybody knows that. So, at 95% and knowing that we’re going to get there, that means the community has faith in us.”

She said the United Way has received 23 funding applications from programs seeking to address the impact model’s focus areas. The public will know which programs have been chosen by Dec. 1, Lee said.

Previously, the United Way had funded the same members agencies every year, and this year’s shift was prompted by a needs assessment conducted in 2018.

Until then chosen programs are named, there are workplace campaigns to wrap up and money to raise.

“The fire is mostly out, but there are still cinders in the corners,” said United Way Board Member Steve Fisher.

At the end of Friday’s campaign update, the United Way picked one person who donated to this year’s campaign to receive a free, new car by picking names out of a bucket. That person was 23-year-old rookie firefighter Quinzavious Sands, who will receive a car from Team Chevrolet in Salisbury.